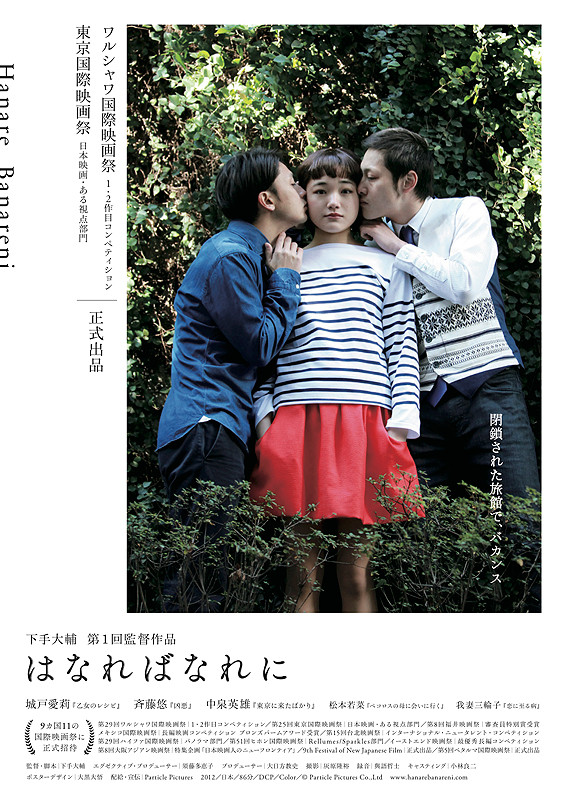 Kuro used to dream of becoming a baker, but gets fired from the bakery she works at. Eito, a photographer, breaks up with his girlfriend who he was thinking of marrying. Gou, a theater director, has his production thrown into jeopardy after his lead actress drops out. These three people with no common ground meet by coincidence, then leave Tokyo and begin living together at a deserted inn near the sea. The shooting concept was to keep the dialog to a minimum. Each scene was shot in one long take to emphasize the emotional distances between the characters. -- Particle Pictures Corp.