Kundo : Age of the Rampant 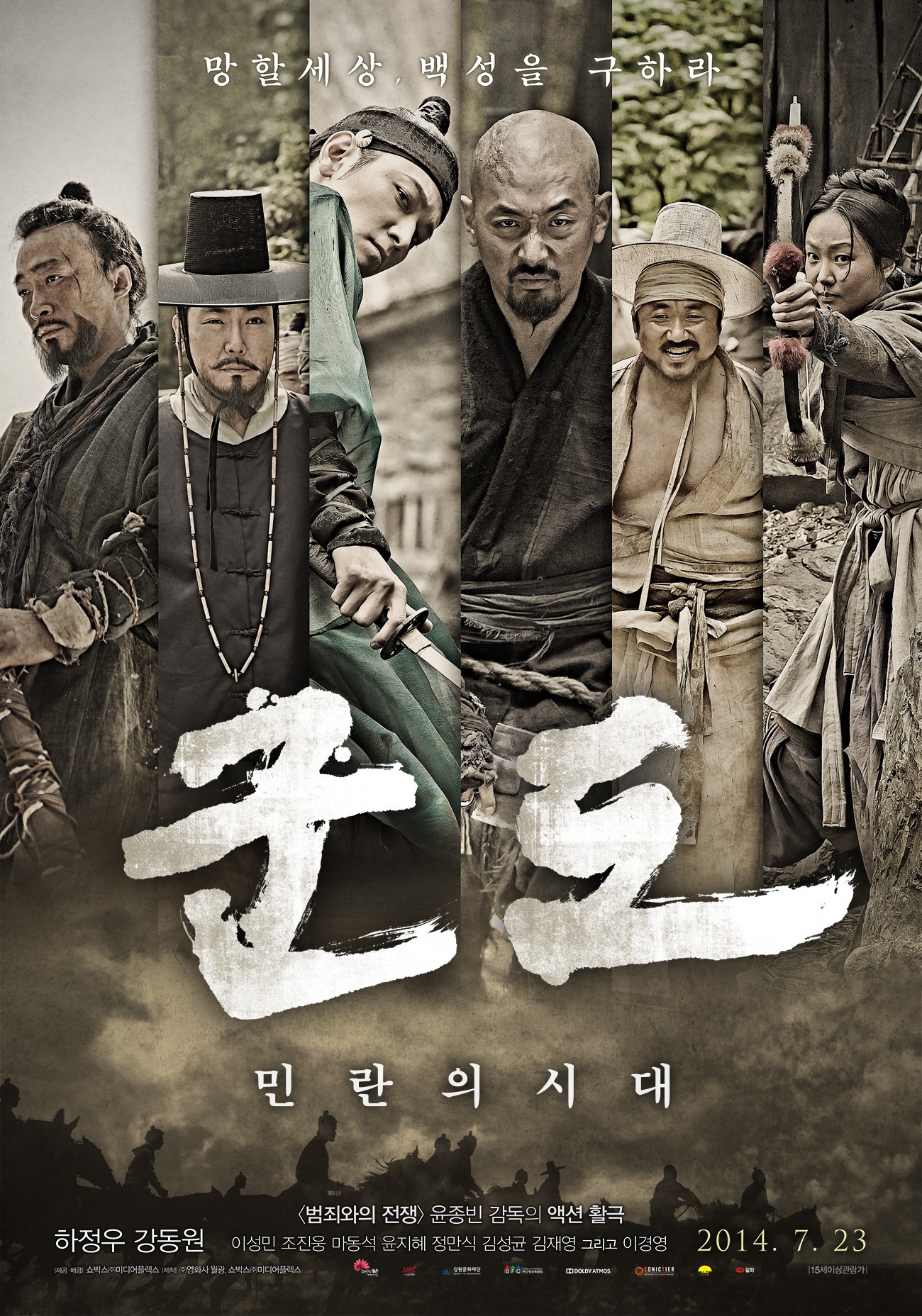 Set in the 19th century. Jo Yoon (Gang Dong-Won) is the illegitimate son of a wealthy nobleman and a gisaeng. Because his father and his wife failed to have a son themselves, they bring Jo Yoon into their home at the age of 10. Later, his stepmother gives birth to their first legitimate son. Jo Yoon struggles for recognition from his father.

A chance though arises for Jo Yoon to become a legitimate son. His younger stepbrother is killed by a group of thieves. Jo Yoon possesses elite sword skills and decides to plunder from the poor to amass a vast fortune. To become the only heir, Jo Yoon then decides to kill the pregnant wife of his late stepbrother.

Meanwhile, Dol Moo-Chi (Ha Jung-Woo) works as a lowly butcher. He lives with his mother and younger sister. Dol Moo-Chi is then brought in front of Jo Yoon and is hired to kill Jo Yoon's pregnant sister-in-law. Dol Moo-Chi though is unable to carry out the execution. His failure causes tragedy to unfold upon his family and himself. As Dol Moo-Chi is about to be executed, a group of righteous thieves known as Kundo arrives. The Raccoon Nov 23 2018 1:56 pm Wow! That was intensely entertaining. Great performances from all the actors. Thank you so much to everyone involved in the production. And of course, Gang Dong-Won is always perfectly fine for the role he is assigned to. Bless you, dearest Gang Dong-Won, may your inner-most wishes come true. I, too, wish to see you obtain your dream roles (such as being part of the X-Men family)!

Nills Feb 13 2016 4:59 pm )): I have just finished watching this film,,darn I was crying when KDW character/role in this film has to die!! I am just not habitude que lui doit mourir... But the movie was so good,great cinematography.thank you

Tim Nov 28 2015 12:24 pm The writing, cinematography, directing, acting, and martial arts are of the highest caliber. The blend of asian and western styles is superb, making this one of the best movies i have ever seen. Thanks to Netflix for sharing this gem.

Denial Oct 25 2014 1:51 pm Gang Dong-Won, Yes yes, that what we call great actor, whatever must be brutal or cruel, That what we are, " Human", Life is always not fair, have to live which is bad or worst, revenge. Do what people do, no one is good.

Kovan Oct 25 2014 10:02 am I liked this movie! I would have liked it even more if I just didn't get annoyed by the "cowboy" music they used in this movie, which is too bad really. In my opinion, they should have used korean music, or somehow not this Hollywood type of "cowboy" music, it really ruined the movie a lot for me :( and these scenes where they zoom in and whistle part comes in, ahhh just so typical cowboy haha. Anyways! WOW WOW WOW Gang Dong-Won! My god what a peformance he puts on here, its just .. amazing!! I got scared by his looks and voice from my seat at home haha, this dude knows how to act... and wow his combat skills!? Just amazing I was totally blown away by his peformance here, of course he is amazing in many other appearences, but this one was amazing! So I would say the number one reason to watching this movie is Gang Dong-Won seriously haha amaazing!! :D

HeXe Feb 03 2013 1:34 pm Wonnie I missed you so much! But you're finally returning. Going crazy because of waiting! Wish you lots of leading roles in many-many fabulous projects!