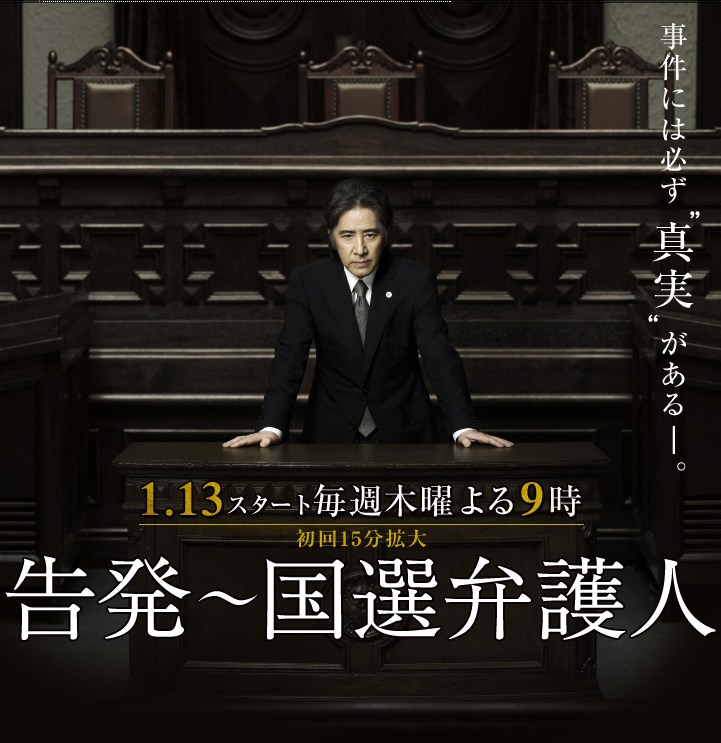 Attorney Sahara (Masakazu Tamura) works as a public defender. Sahara keeps fighting for the truth regardless of money. He stands stands up for the weak without having regard for his own safety. Junko Tanaka is the younger sister of Sawara's deceased wife. She supports Sahara and his daughter financially and emotionally. Sahara's only daughter is Tsuruko. She is a member of an international volunteer doctor organization. Tsuruko is engaged with Kengo Sato (Tomomitsu Yamaguchi). Sahara works with Kenji Tsuruoka (Yoshimasa Kondo) & Hiroshi Tomita (Toshinobu Matsuo) at his law firm.