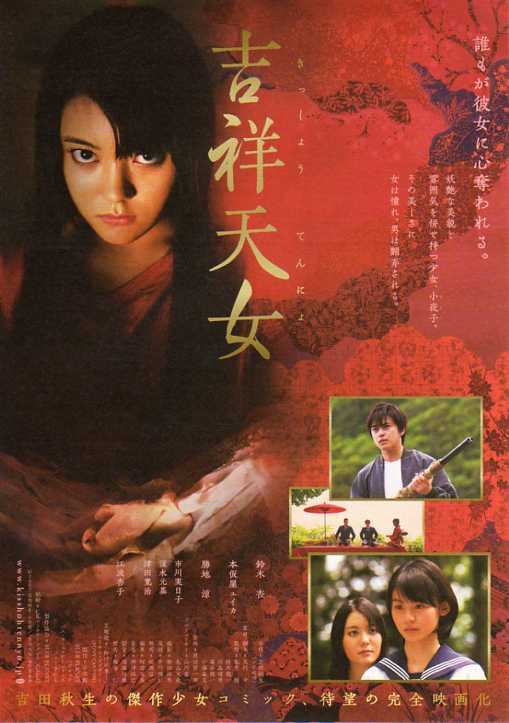 KISSHO TENNYO tells the story of Sayoko Kano, a junior high school student, who is believed to be a descendent of an Indian goddess. Sayoko is a kind of femme fatale, who uses her supernatural power to control people, especially men. While in the original manga Sayoko is represented as a femme fatale always surrounded by men, the film will focus on the friendship between Sayoko (An Suzuki) and her friend Yuiko Asai (Yuika Motokariya), both now on their first year at university.