Killing For The Prosecution 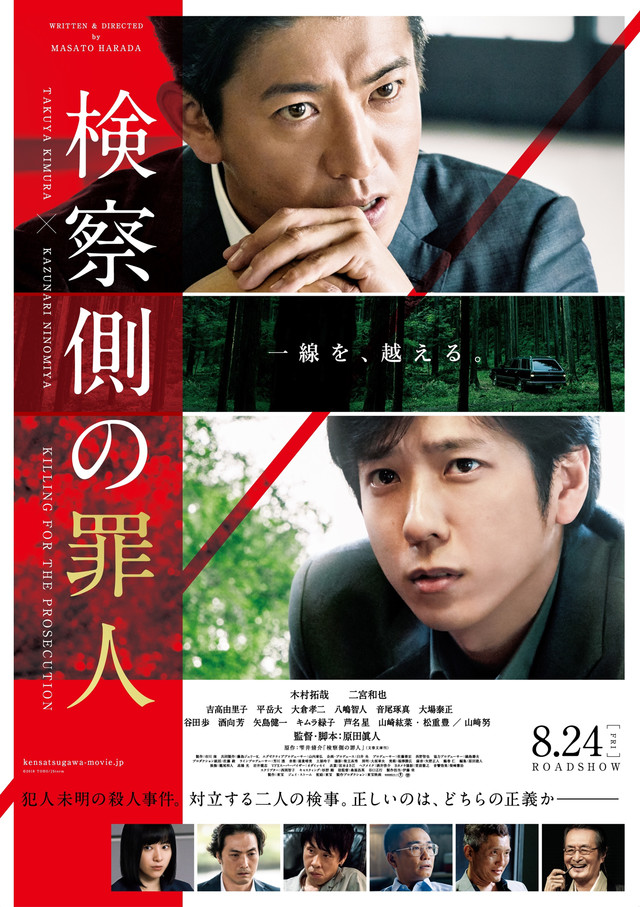 Young Public Prosecutor Keiichiro Okino (Kazunari Ninomiya) is assigned to the department of Tokyo Public Prosecutors Office which deals with violent cases. He is thrilled to work with Takeshi Mogami (Takuya Kimura) whom he admires. One day, an elderly money lender is killed and Shigeo Matsukura is identified as a suspect. He borrowed money from the victim. In his past, Shigeo Matsukura testified in a female middle school murder case. Takeshi Mogami is aware of the heavy grief carried by the deceased girl's family and he tries his best to prove Shigeo Matsukura's guilt.

y Sep 09 2019 1:07 am The movie was great, however, I find it easier to appreciate the movie after reading the novel since a couple of details (narration, inner dialogues) are left out

Kei Kurono Aug 22 2018 4:18 pm I'm thrilled to bits to see Takuya Kimura and Kazunari Ninomiya acting together For the First Time in Forever.

Rokobento May 28 2018 8:50 pm Masato harada and johnny's boys. Worst things you can expect