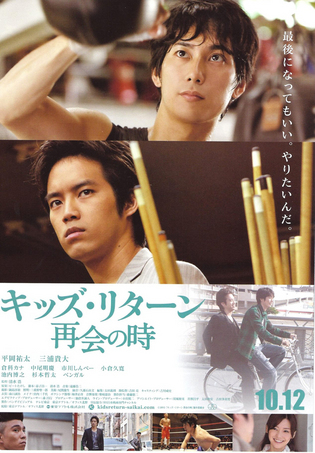 Set 10 years after "Kids Return." Shinji and Masaru have graduated from high school. They have taken completely different paths in their lives. Shinji attempted to become boxer and Masaru a yakuza. They both tried to rise to the top of their respective fields, but they both failed.

10 years later, Shinji has given up on boxing and now works part-time jobs. After release from prison, Masaru goes back to gang life. Shinji and Masaru then meet once again. With Masaru's encouragement, Shinji again steps into the ring. Meanwhile, Masaru takes a challenge that risks his own life.