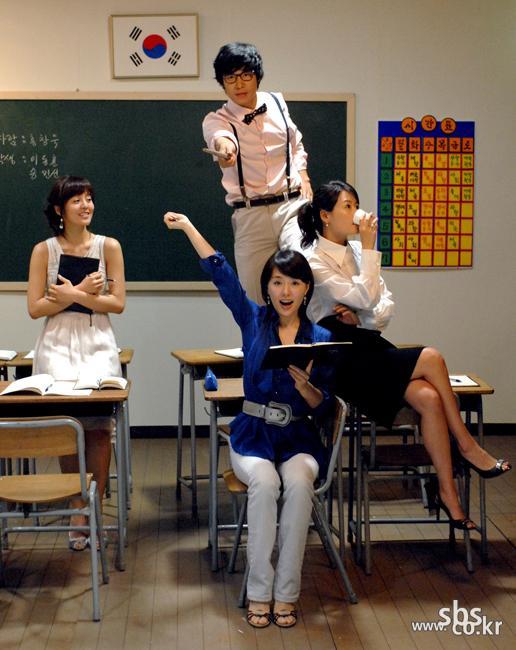 Min-joo (Ha Hee-ra) was raised poor and her family could not afford to send her to college. But she dated a man who passed the bar exam and they eventually got married despite the disapproval of her husband’s mother. But her husband later died in a motorcycle accident and Min-joo has to raise her son by herself as a single mom. She works day and night to support her son. But her mother-in-law keeps pressuring her to give up her son and let him live with her. Min-joo resists the idea and her son makes her proud by being a high achiever in school despite the fact that he doesn’t go to cram schools like the other students. Believing that Jin-woo would eventually get into an elite college, Min-joo follows her son to an English contest one day.... She meets Su-mi (Lim Sung-min) there by coincidence. Su-mi is an old high school friend of hers who also lives in the rich Kangnam neighborhood. Min-joo brags to Su-mi that her son, who is the top student in his school, is far better than Su-mi’s daughter who is ranked 20th in her middle school. But when Su-mi’s daughter wins an award at the contest while her son’s scores put him at the bottom of the group, she is shocked and seeks out Su-mi for advice. But Su-mi says insulting things to Min-joo and tells her that in order for kids to get into an elite college they need a mom who has inside information about the school system and a dad who earns a lot of money. While despairing over what to do, her mother-in-law appears in her life again and tells her to give up Jin-woo so that she can send him to the best schools in Kangnam. Reluctant to give up her son, Min-joo yells at them, saying that she’ll move to Kangnam with Jin-woo and have him transferred to Superior Middle School...