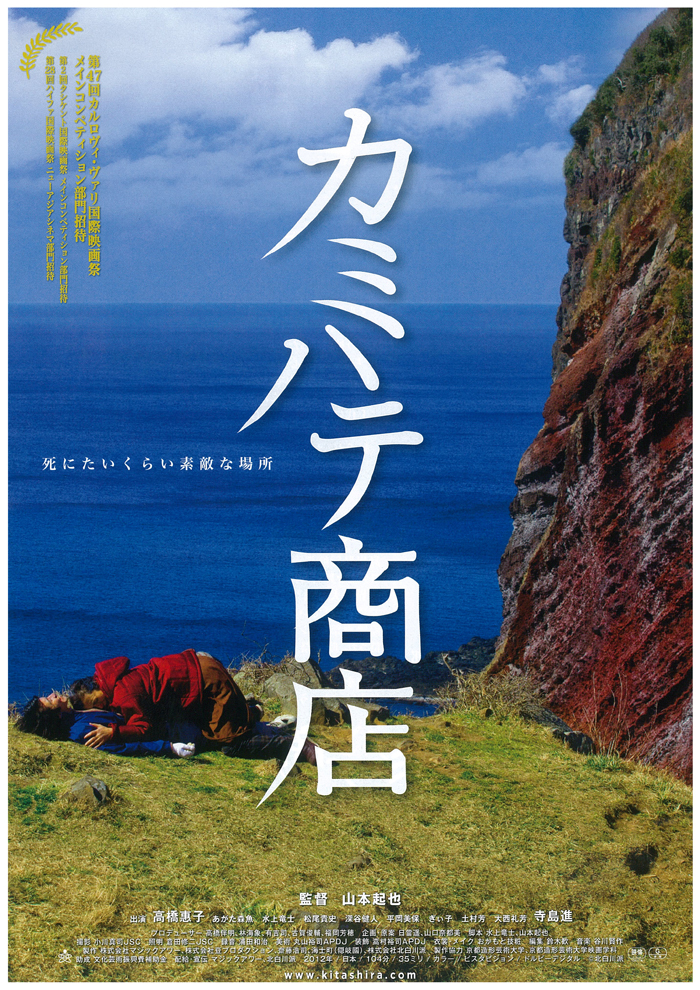 Chiyo (Keiko Takahashi) runs a modest bakery on the last bus stop in the small port town of Kamihate. The bakery was left by her late mother. Her personality is abrupt and, because of this, only the milk delivery man Okuda (Kento Fukaya), who is autistic, and Sudo (Ryushi Mizukami), who works in the Welfare Division for the city, visits her.

Strangers appear at her bakery. The have come to commit suicide by leaping off a cliff, which is next to her bakery store. These strangers buy bread and milk at Chiyo's store, before leaping to their deaths. Chiyo knows what they are going to do, but doesn't stop them. She only picks up the shoes left by the jumpers near the ledge.

Chiyo's younger brother Yoshio (Susumu Terajima), who left their hometown to move to the city, sells office supplies, but his business doesn't fare very well. He is devastated. Yoshio then meets Sawa (Miho Hiraoka) at a snack bar. Sawa is a single mother with a 8-year-old daughter. Yoshio and Sawa are both lonely and find that they both fit each other's needs.

Today, the quiet bus driver (Morio Agata) takes a stranger on his bus to the last bus stop in Kamihate. Meanwhile, public official Sudo worries over negative publicity over the suicides. Sudo asks Chiyo to report any possible suicidal jumpers to the police or the town office ... but Chiyo just nods her head.