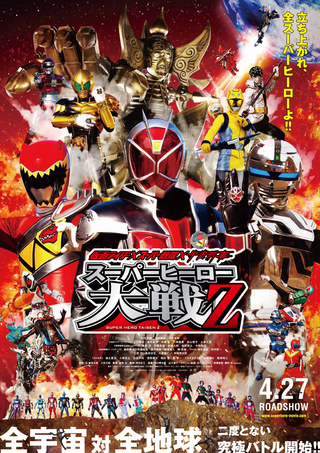 With the use of magical powers, Shocker is born again as Space Shocker. The mysterious powers causes phenomenons to occur all over the universe. Kamen Rider Wizard (Shunya Shiraishi) and Space Sheriff Gavan Type-G (Yuma Ishigaki) fight over the mysterious phenomenon. During their fight, they become to get closer to each other. At this time, the Space Crime Syndicate Madou, who were defeated by Sharivan, appears. The Galaxy Federation Police tries to round up all with the use of a special cannon.