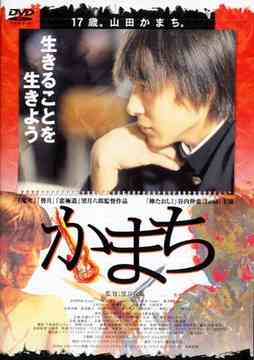 The film begins in Takasaki City, Gunma Prefecture back in the mid 1970s. Kamachi Yamada (Shinya Taniuchi), a junior high school student, always said "24 hours is way too short for a day." He just couldn't find enough time to fulfill his cravings for drawings, poems, and music that never ceased to inspire him. Being a youth who can push his back with his own hands, he declared that he enter Japan's most prestigious university straight on graduation. He also wrote down that he would rise up to the top of the global music scene.

But his ambitions stumbled on a hitch when he failed to get into an elite high school. He took some comfort when his mentor (Tomoro Taguchi) said "students trying to enroll into a good school are competing with other humans. But genuine artists are putting up a challenge against the God."

While studying at a cram school, Kamachi hit it off with Takashi, and soon after had a fateful encounter with Yoko (Fumiko Himeno), who was nicknamed "sweet pearl." Kamachi told Takashi one day "I must be with something beautiful," meaning that he wants to become friends with her.

Unable to resist his longings for her, he dared to confess how much he loved her. Kamachi held out his hand for a handshake, which Yoko shook back after saying "just being casual friends would be not so bad." This was the happiest day of his life.

20 years later, Shun (Hiroki Nakadoi), who spends his days holed up in his own room, puts up a Web site to recruit those who want to go to what he calls "another world" with him. He is the son of Takashi, who is now a practicing doctor. The Web site receives visits of Miyuki (Akane Osawa) and Yuichi (Keita Furuya). They are students who are studying at a cram school where Yoko (Fumi Dan) teaches. Miyuki buys a sleep-inducing drug from Shun. After taking some of the drugs she falls almost unconscious, but is saved by Yoko. Yoko then tells Miyuki how passionately Kamachi loved her, how hard he was trying to live out his own life, memories she has been putting deep in the back of her mind for so long.

Back in 1977, the day Kamachi learned that he had been admitted into the high school was also the day when Kamachi was told by Yoko "Maybe we can't be friends forever." Heartbroken Kamachi was given encouraging words from his best pal, Kosuke (Akira Kagimoto) "You know, no one is so sure about their future however rosy it looks now." Kamachi nodded in agreement. He ended 17 years of his life due to electric shock while playing guitar that summer. Yuichi suddenly disappears with a message "I will do something big with drugs." Yoko goes after him into downtown Shibuya. Kamachi's words "You should live your life to the full" keeps echoing in the air all the while.