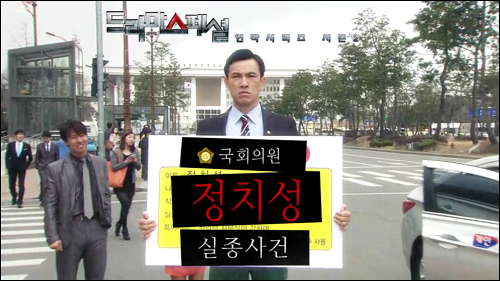 Before the 19th election for members of the National Assembly, the political parties nominated their candidate. Jung Chi-Sung kisses up to the party's leader to become nominated. He also received money from the president of Joeun Savings Bank and gives it to his party leader.