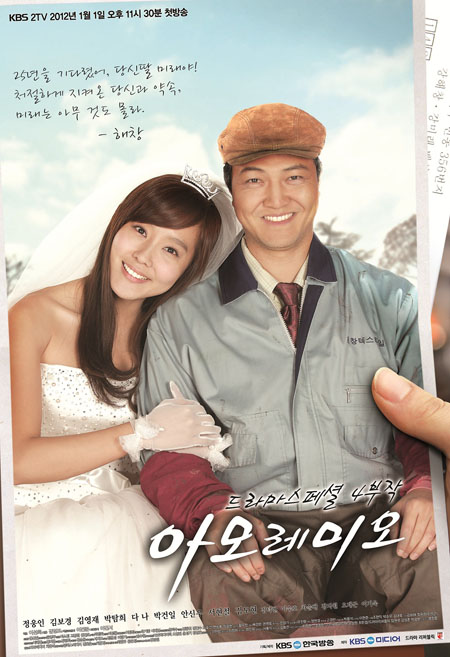 In order to inform his wife that their daughter Mi-Rae (Dana) will get married, Hae-Chang (Jung Woong-In) calls his wife Soo-Young (Kim Bo-Kyung) overseas. She left him 24 years ago. Han-Chang runs a small dye factory.

Jin-Kook (Keon Il) is the fiance of Mi-Rae. His mother Do-Soon (Park Tam-Hee) calls his future father-in-law Han-Chang to have a meeting. When they meet at the agreed upon place, Do-Soon reveals a bombshell that she will not allow their marriage. During this time, Mi-Rae and Jin-Kook goes to a love motel. In the motel room, Mi-Rae learns that Jin-Kook used a free coupon for the motel room. This causes an argument between the couple. During the argument, the get a text message from Do-Soon asking to see them. Do-Soon then makes it clear to them that they cannot get married because Mi-Rae's parents.

Hae-Chang took a student ID from a a student who lives in the next room at the lodging house where he stayed. Hae-Chang then goes to Hankook University to return Soo-Young's notebook. On a whim, he lies that he is a student there majoring in management.

Meanwhile, Hae-Chang remembers that Do-Soon is the daughter of the loding house owner where he once lived. Hae-Chang meets Do-Soon again. Do-Soon asks about his breakup with his wife. Hae-Chang asks Do-Soon to keep it between them and then tells her that Soo-Young never came to see him or his daughter. Mi-Rae begins to investigate secretly ...

momogi Jan 21 2012 7:38 am I watched it yesterday on KBS World, it still on episode 1. I really like it already. I've read the news about this drama special on dramabeans, the premise promising some sad story so I thought it would be melodramatic but turns out it much lighter and most of the time funny. I hope it still handling on lighter tone for the next three episodes. For you who likes the story about daddy-daughter relationship, this short drama is for you. The acting is great, especially from Jung Woong-in. And there's also noona romance beetwen Park Gun-il and Dana. So, enjoy!