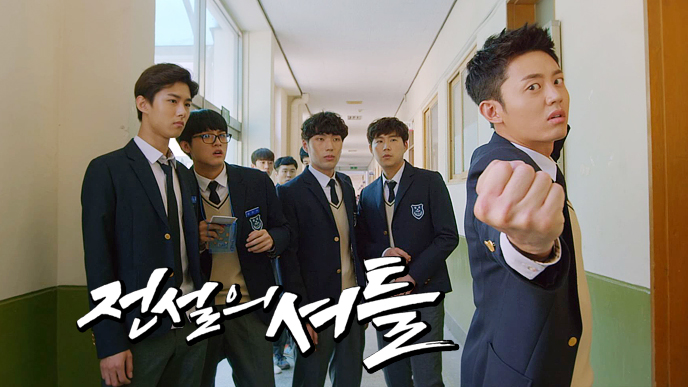 Shi Jun 21 2018 2:12 am I saw this on my youtube recommendation, and i thought it was a bl movie because it thumbnail kkk . I was wrong, thought the bromance is cute in here, i laughed a lot. It was really entertaining

Janely Jan 03 2017 3:40 am I really enjoyed watching this :) It was more of a cute, funny bromance drama. It would have been great if it was longer. Many things happened in this one episode that they could've had more episodes.

ily jihoon oppa Jan 02 2017 6:21 pm I thought there will be many hurtful fighting scenes in this drama, but I was wrong! (about 10% fighting scene) This drama is actually a funny high school drama and the casts are also handsome!! It's really worth to watch and it is only 1 ep so you guys dont have to spend much times on this drama!

For me I love Jo tae woong! it is my first time seeing him and he is so damn handsome, a lil bit skinny and tall. Totally my type XD