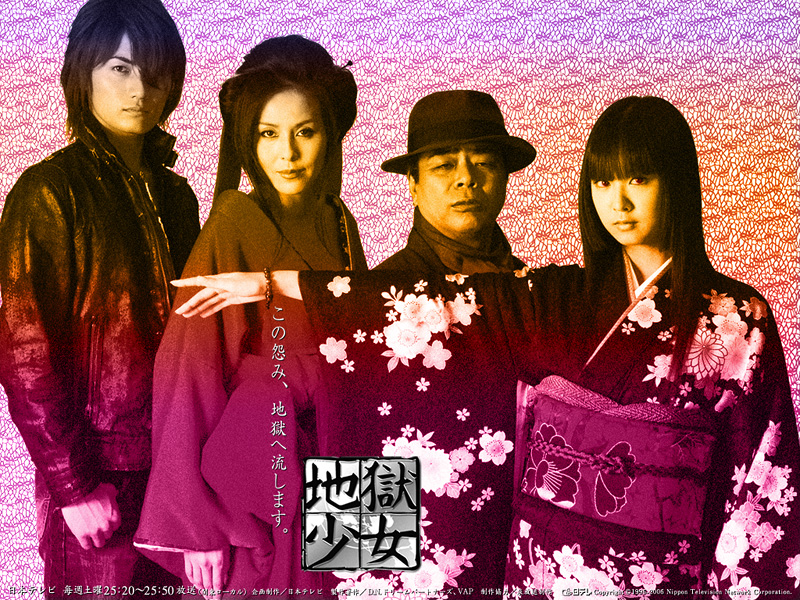 Somewhere in the vast realm of the Internet, there is a message board called“Jigoku Tsushin (Hell Message),”which could only be accessed at the stroke of midnight. When grudges are posted on the website, Jigoku Shoujo (Hell Girl) will appear and drag the nemesis into inferno. Such rumor seems to be an urban legend that is believed among children but it is not just a rumor…

Her name is Ai Emma. Usually, she is a quiet girl, but when she sympathizes with the grudge, she turns into Jikoku Shojo.

Although not mentioned in the rumor, it is necessary to reach an agreement with her. In order to send the target to Hell, the client's soul will be desitined to go to Hell after the his/her death. Clients who get their revenge with the help from Jigoku Shoujo will have to live the rest of their lives with an engraved cross mark on their chests.

monoker Apr 24 2019 11:04 pm I cant believe all this time Ai Enma's actress is Sayuri Iawata from Hana Kimi Hibari!! I watched this a long time ago without realizing it LMAO shes so versatile. Shes hilarious in Hana Kimi

プラダ メンズ Jun 27 2012 11:30 am Remarkable! Its really amazing post, I have got much clear idea concerning from this piece of writing.