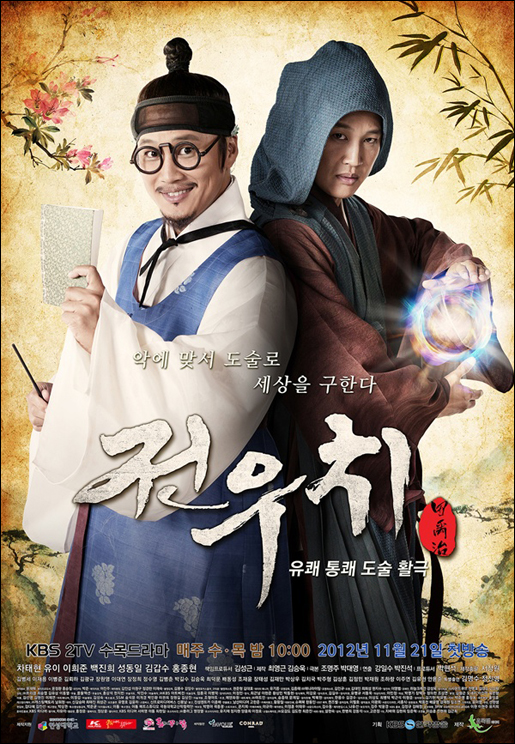 Kang Rim (Lee Hee-Joon) and Ma-Sook (Kim Kap-Soo) kills everyone in Yooldogoog and then goes to Joseon. Jeon Woo-Chi is saved by his master. In order to bring Princess Hong Moo-Yeon back and stop them, Jeon Woo-Chi traves to Joseon and secretly hunts them. All the while, Jeon Woo-Chi disguises himself as low-ranking public servant Lee Chi. Finally, he discovers where Kang Rim is. danniah May 16 2016 9:13 pm After watching this and The Grand Heist, I am sure that Cha Tae-hyun and Sung Dong-il are perfect combo, no matter what movie/drama they are in.

Hope Liz Apr 22 2015 2:56 pm you are the best actors I've ever see!I really loved your movie!!It is very funny and am here to confess to all of you that you are the best!!I really like magic!!I wish you can produce another season to see Woo Chi in Yuldo!!!and I admired the funniest amongst you!our Bong Gu!!hhhha!congratulations!! you did it!I love you all

KC Dec 21 2014 8:08 pm I did not expect this drama to be a great hit. When I watched the first 2 episodes, it was not so interesting and I skipped some scenes just to finish it quickly. However, after I reached episode 3, I understood the plot and became addicted to the drama. The acting of Cha Tae-Hyun and Sung Dong-Il is SUPERB! They made me laugh sooooo much. Now, I really miss this drama when it's over.

khaei Jun 18 2013 3:54 am this drama is cool, thought us many moral values. Some things like 'point of no return' mention, and things about believe, right, and truth. Great, both funny. Love Cha Taehyun!

Aurelia Motoarca Jan 29 2013 2:55 am I am from Romania and am waching this drama film with great pleasure.I like not only the great actors but also the great music in this film.I love all Koreean films at KBS WORLD. Thank You and i wish you all the best in 2013.

mary melaku Oct 09 2012 1:32 pm lookin forward to this drama because of cha taehyun. i love him so...Hwaiting oppa