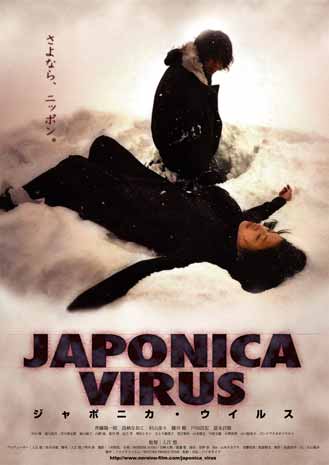 A mysterious infectious disease, "Canie Virus" said to have started in north-east China comes ashore to Japan. The nation falls into disorder and the government tries to enact "The Public Safety Law.” Yoichiro and Rinko live together in Tokyo, although their relationship is anything but ideal. Suddenly, Yoichiro's brother, Koichi, is infected by the virus and dies. Taking Rinko with him, Yoichiro heads to his hometown to bury the body. On their way, they encounter suspicious people and bizarre occurrences. With incredible effort, they reach their destination; however disorder has already spread to rural Japan.....