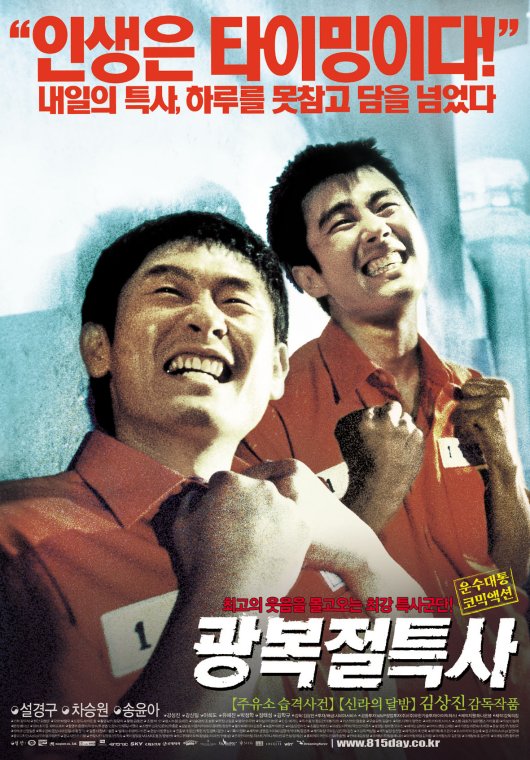 Wanting to be included in the Independence Day Special Pardons list, Jae-Pil (Sol Kyung-Gu) diligently leads an exemplary prison life. Just when he's set to get out and marry the love of his life, Kyoung-Soon comes for a visit and drops the bomb that she will be getting married to someone else!

Determined to change the cheating girlfriend's heart and mind, our model inmate decides to escape from prison.

After stealing some bread and not being able to give ID, Mu-Suk is sent straight to jail on unjust charges. Feeling that he is unfairly stuck, he makes numerous but hopeless escape attempts only to remain unsuccessful. One afternoon, he lands on a spoon and begins making an escape route for the next six years. On the day that he finally completes digging his escape hole, Jae-Pil appears out of nowhere and joins in the escape!

The two prisoners make their escapes and bid never ever to return to their cells!! Reading their first early morning paper from the outside, they discover their names under the Independence Day Special Pardoned Releases list….

They could have easily walked out of the prison gates being under the Special Pardons list. But, they went past the gates a little too soon! Will Jae-Pil and Mu-Suk ever succeed in going through the even tougher barriers that keep them from getting back in?