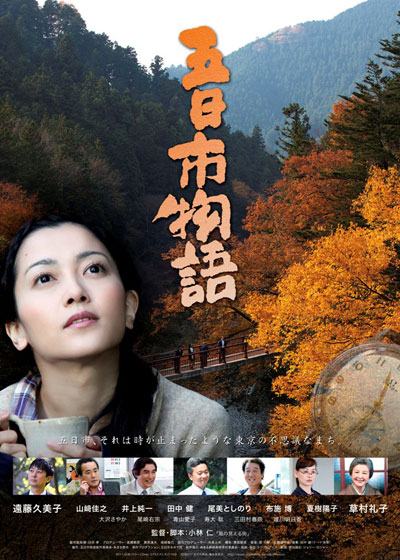 Yuri (Kumiko Endo) works at Atsumeya, a company which collects information needed to make TV programs. A TV broadcasting company hires them to go to Itsukaichi, a town which became Akiruno City after merging with the city of Akigawa 15 years ago. They are to research the changes after merger. Itsukaichi was known as a historical and picturesque area, while Akigawa was known as a modern city.

Yuri did not want to go Itsukaichi. She then meets Yusuke Kurihara (Yoshiyuki Yamazaki) who works as a city government employee. He guides her all over the area. Yuri's feelings start to change. She meets an old woman named Toshiko Kishi (Reiko Kusamura) and becomes interested in her life. The change in Yuri's outlook begins ...