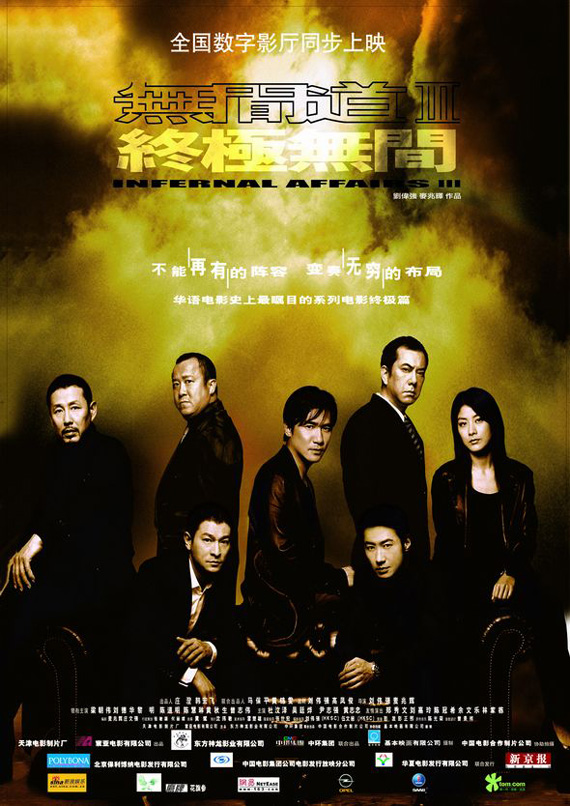 2004: the Worst of Time Ten months after the murder of Yan (Tony Leung), Ming (Andy Lau) is relegated to the backseat of mundane office work, pending internal investigation. Meanwhile, a new star, Yeung (Leon Lai), has emerged in the police force. His meteoric rise mirrors Ming's very own before Yan's death. Suspecting that, like himself, Yeung could be a mole from the triads, Ming begins his clandestine investigation on Yeung, only to find himself constantly shadowed by a mysterious cripple called Shen (Chen Daoming). He learns that not only is Shen a former business partner of Sam's (Eric Tsang), but he is secretly linked to Yeung. Only too late does it dawn on him that he has already been cornered to a dead end by Yeung and Shen......

2001: The Best of Time After working under Sam's wing for two years, Yan finally gains his confidence by committing egregious crimes. His first big mission is to build up a smuggling network with Shen, a mysterious businessman from China. Little does he realize that Sam actually has his own hidden agenda which will place him in great danger.

Realizing that Yan is slipping out of control, SP Wong (Anthony Wong) tries his best to get him out of the picture. Meanwhile, Yan is sentenced to mandatory psychiatric counseling by the court. The brief encounters with Dr Lee (Kelly Chen) brings temporary calm to his disturbed inner psyche. Inadvertently revealing his true identity to her during a hypnosis session, he gradually develops a special friendship with her.

When ordered by Sam to deal a final blow to Shen, Yan knows his opportunity has finally arrived. In order to gain Sam's ultimate confidence, he decides to betray SP Wong and go all the way......