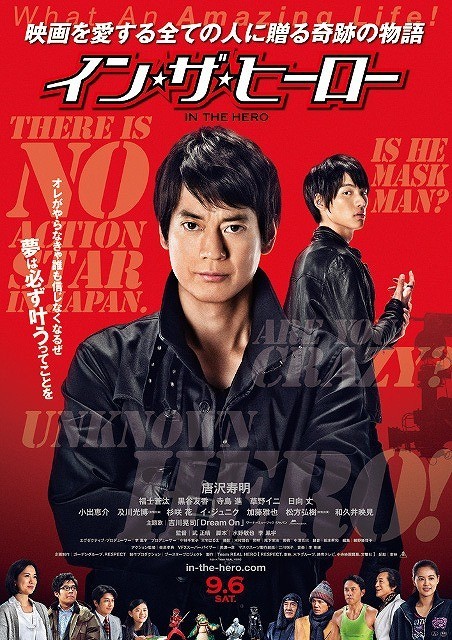 48-year-old Wataru Honjo (Toshiaki Karasawa) is a big fan of Bruce Lee and works as a suit actor (stunts performer wearing costumes). He is also president of "Shimoachiai Hero Action Club”. Even though he doesn't have the typical body type for his profession he has worked in the business for 25 years. Wataru doesn't get along with cocky rookie suite actor Ryo Ichinose, but an incident draws them closer. Ryo Ichinose then takes an audition for a Hollywood movie and passes. For the fighting scene in the climax scene, the action actor quits citing the scene is too dangerous. The movie staff hears that Wataru is the best Japanese action actor and offers the job to him. Will Wataru go for it? Yui Jan 10 2015 5:57 pm This is an awesome movie. I was so inspired. The one line that really got me was "Bushido is looking for something to do die for!" And the main character wasn't the one who said it.