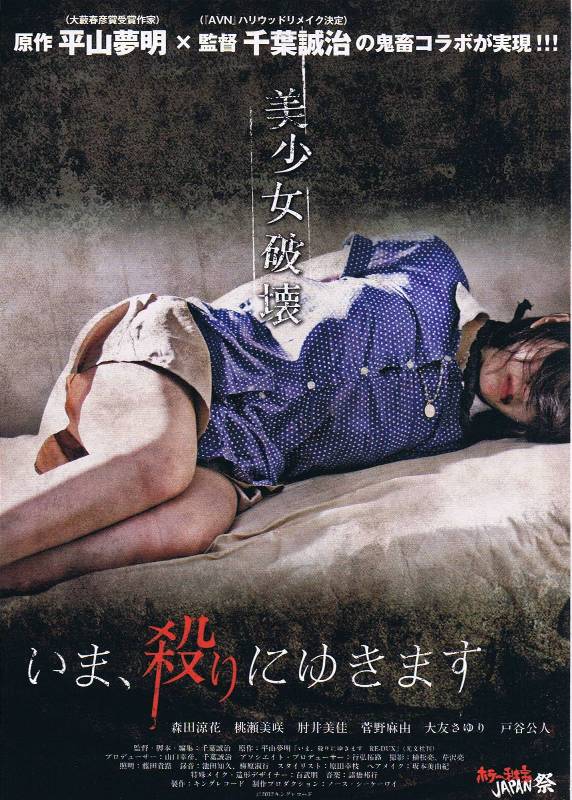 On the way home from the school, high school student Nao (Suzuka Morita) buys a collection of poems from a homeless man. She becomes touched by the poems in the book. Even though her boyfriend Satoru (Kimito Totani) tries to stop her, Nao tells the homeless guy how touched she is by the poems. Since that day, the homeless guy gets closer and closer to Nao's home.

Orie (Misaki Momose) buys a photobook at an old book store. She is so happy. Orie then makes a phone call to her boyfriend Tomoki (Kensuke Ikeda). At that time, she finds a DVD within the photobook. Orie becomes curious about the DVD and plays it on her TV. Orie isn't prepared for what she is about to see.

On the way to work, Chie (Mika Hijii) recieves a call from a strange man (Yuichiro Hirose). The caller tells her about her lost pencil case, which she lost back in elementary school. Chie believes that the man might be Ootomo, who was her classmate back then. He tells her that he has found her pencil case.

Natsumi (Mayu Sugano) needs to use the restroom badly. She rides off on her bicycle to find a public bathroom. When she is about to enter the bathroom, a girl (Akiho Ohtsubo) tells Natsumi that the bathroom is dangerous. Natsumi, needing to use the bathroom immediately, goes in anyway.

On her way back home, Misuzu's (Sayuri Otomo) life is threatened. She manages to get home. A phone call then arrives with the incoming number blocked. Misuzu answers the call and hears a frightening man's voice telling her "now, going to kill".