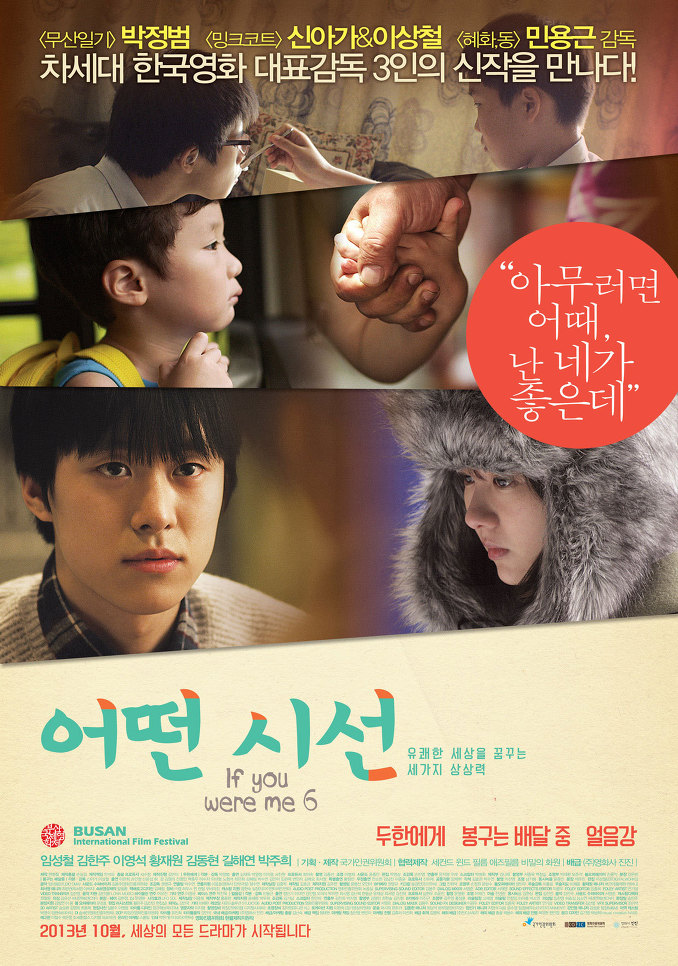 Old man Bong-Goo earns a livelihood by doing delivery for part time work. One day, Bong-Goo sees 6-year-old Haeng-Woon on the street. Bong-Goo tries to take Haeng-Woon to kindergarden. Bong-Goo is announced as a child kidnapper on TV.

Sun-Jae has a secret that he can't tell his mother. His secret is that he is going to follow his religious beliefs and not hold a gun. One day, his mother finds a written order for Sun-Jae to join the army. His enlistment day is for tomorrow.