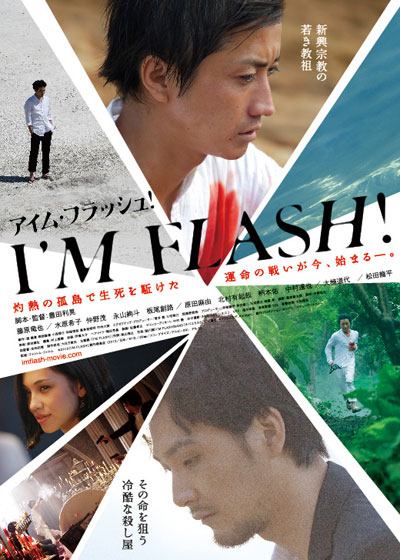 Rui (Tatsuya Fujiwara) is the charismatic leader of a new religious group. Consequently, he starts to gain attention from the mass media. After becoming involved in a car accident, Rui goes to a remote island with ex-gangster now bodyguard (Ryuhei Matsuda). On the island, Rui reveals more about his religious group, while a set of ominous events are about to occur ...