How the Lack of Love Affects Two Men 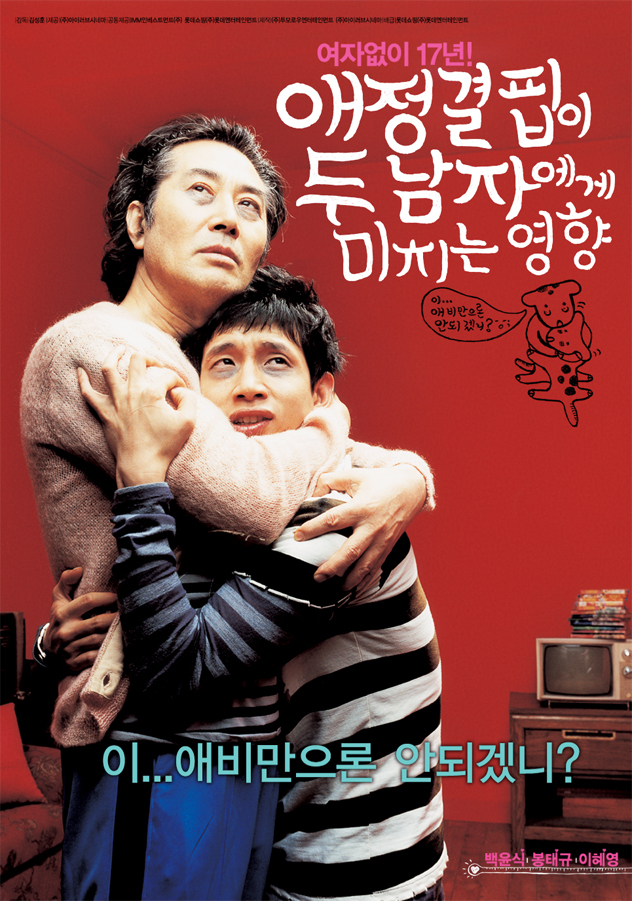 A father (Baek Yoon-Sik) and his son (Bong Tae-Gyu) live together in an apartment. The father doesn't have a wife and the son doesn't have a mom. Soon, a sexy young woman named Mi-Mi (Lee Hye-Young) moves into their apartment building. Both the father and son fall for the attractive woman. The father is suave, well-spoken, but lives the lifestyle of a grifter. He is especially good at blackmailing companies. He will even go to the lengths of unrolling a toilet a paper roll to see if it is as long as specified. The son doesn't have the craftiness of his father, but he is especially good at playing off the emotions others. Now, the father and son are set to go toe-to-toe in a battle of wits to capture the affections of the woman they both love.