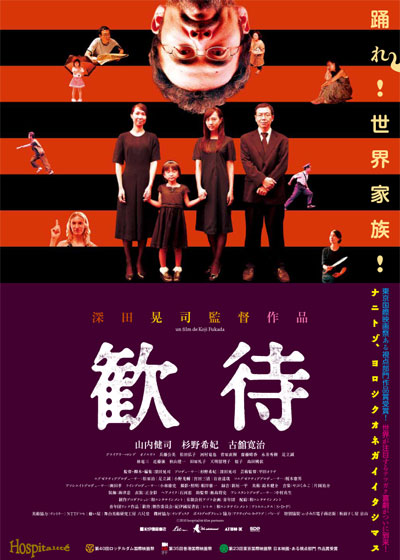 In a quiet neighborhood in Tokyo, Mikio Kobayashi (Kenji Yamauchi) lives with his younger wife Natsuki (Kiki Sugino) and a daughter from a previous marriage. Mikio runs also runs the small Kobayashi Printing Co., in their two story duplex. Their life rarely changes, with the disappearance of their parrot being the most memorable event in recent memory.

One day, a man named Kagawa (Kanji Furutachi) arrives unannounced. He talks his way into landing a job at the printing company and soon enough moves into their house with his wife of a mysterious foreign ethnicity. The quite and predictable life of the Kobayashi family is about to turn upside down ...