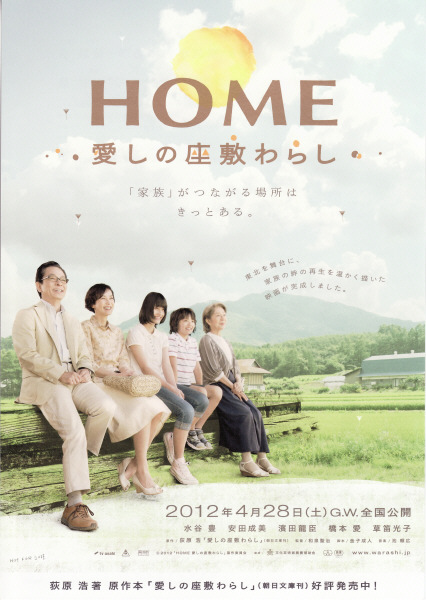 A family in ruins recovers through their encounter with a Zasikiwarashi (Japanese yokai).

A middle-aged father cannot find his place at work or home. He is transferred to Iwate from Tokyo. The father takes his wife, two kids and mother with him. They settle down in a 100-year-old house. There in the countryside they meet Zasikiwarasi and begin to unite together as a family. Pamela Mar 02 2013 9:16 pm "Home: Itoshi no Zashiki Warashi" is a sweet and warm-hearted film. It has drama, comedy and fantasy elements. All of the actors are very good and the story is uplifting.