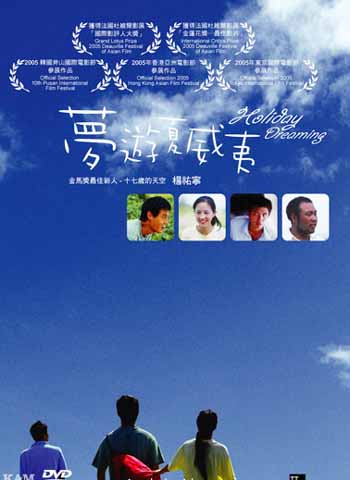 Ah-Zhou, who is about to be honorably discharged from the military service, has a surreal dream. In the dream, he sees the dead body of Shing-Shing Chen, a classmate in elementary school from years back. Is this dream implying that Shing-Shing Chen might have died? Soon afterwards, Ah-Zhou gets an unexpected five-day vacation and decides to look for Shing-Shing Chen. Nevertheless, he quickly learns that the special vacation is for him and another soon-to-be-discharged solider, Xiao-Guei, to go after a deserter, Kuen-He, who ran away with weapons two days ago. Both of them are worried about this assignment because they, the old birds, used to pick on Kuen-He, a spring chicken. And Kuen-He is now a deserter, armed and dangerour 《BR》The following day, they arrive at Kuen-He's home in a little fisherman's village on the east coast. Although Kuen-He is nowhere to be found, they decide to forget about the assignment and to make it into a real vacation on the beach nearby. However, just as they are having fun and get ready to go back to the base, they run into Kuen-He unexpectedly. Kuen-He abducts all of them at gun point to a little house by the foot hill on the coast line, in fear that they may report him to the authorities...