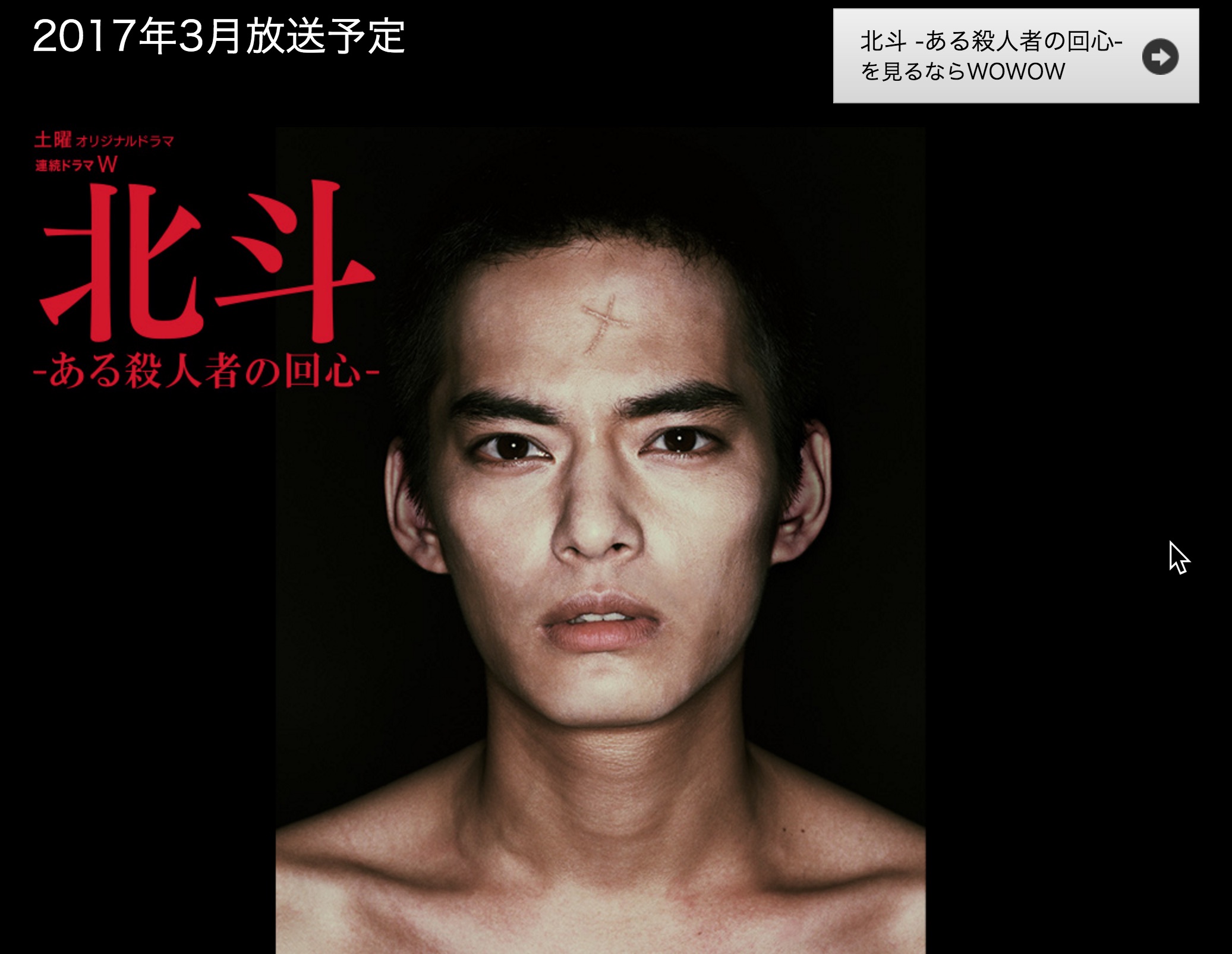 As a child, Hokuto Hashizume (Yuma Nakayama) was abused severely by his own parents. He never experienced being loved. He stayed at a children's home and then as a teen he met his foster parent Ayako Kondo. For the first time, Hokuto learns what love is and feels happiness, but he becomes a murderer.

nival Feb 04 2018 6:29 pm wow, just finished watching this drama. it's very intense. The film was well executed. the storyline, plot, and the actor really did an aweseome job. this was the first time I watched this kind of drama and it consumed a lot of my energy just by watching this.

Battlecat Nov 03 2016 7:06 pm Allow this i thought it was Hokuto shinken, give us Kenshiro instead lol

Elisa Wald Nov 01 2016 1:03 pm I really look forward to this movie. The story seems good and Yuma is really gifted for these kind of characters...