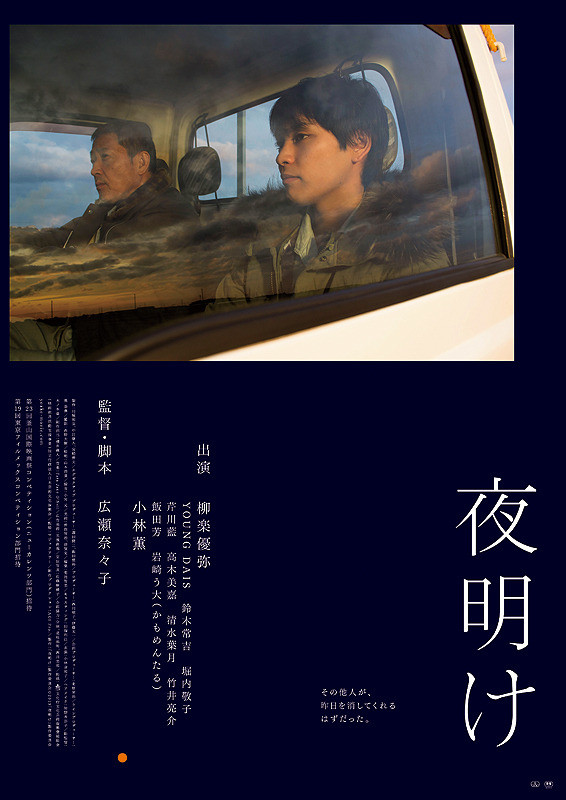 Tetsuro (Kaoru Kobayashi) walks along the riverside and finds a collapsed young man. Tetsuro takes the young man to his home, where he lives alone, and takes care of him. The young man tells him that his name is Shinichi (Yuya Yagira). Tetsuro takes Shinichi to the woodworking shop that he runs. Tetsuro teaches him skills and the people around Tetsuro accept Shinichi, but Shinichi isn't his real name and he has a secret about his real name. Meanwhile, Tetsuro has a secret that he has never forgotten.