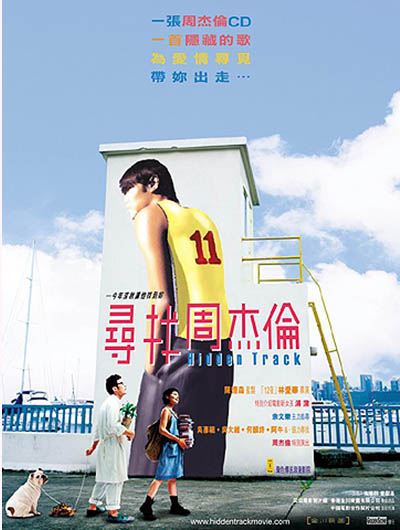 Screen newcomer Pu Pu is Pu Pu, a young Chinese woman who's just been dumped by her boyfriend. Unfortunately for Pu Pu, she was totally enraptured with her fella, and as such encounters heartbreak with a decidedly sullen attitude. To ease her pain, she hightails to Hong Kong to visit her sister, who runs a fish store with her husband. While helping around the store, Pu Pu begins searching desperately for a certain song from Taiwanese singer Jay Chou. The song was the official anthem of Pu Pu and her ex, but finding the song is more difficult than she expects. She learns from Yu (Shawn Yue), a proprietor of a used CD store, that the song was a hidden track on the first 500 CDs of a particular Jay Chou album. Ergo, it's not that easy to come by.

Luckily Yu owns a copy of the CD. Unluckily, he lent it out to new age guru (Eason Chan), who practices extreme yoga and hangs out in oxygen bars. Pu Pu attempts to get the CD from him, but he doesn't have it either. She continues to look for the CD, but each stop leads her to a new eccentric personality, including another used CD salesman (David Wu) who never uses the same name twice, a female taxi driver (Denise Ho), and a weirder-than-weird cop (Daniel Wu) who loves his mom a little too much. Each stop also allows for Pu Pu to find new facets and potential partners in love, the result of which could bring her closer to both the physical and metaphorical representation of the Jay Chou hidden track.