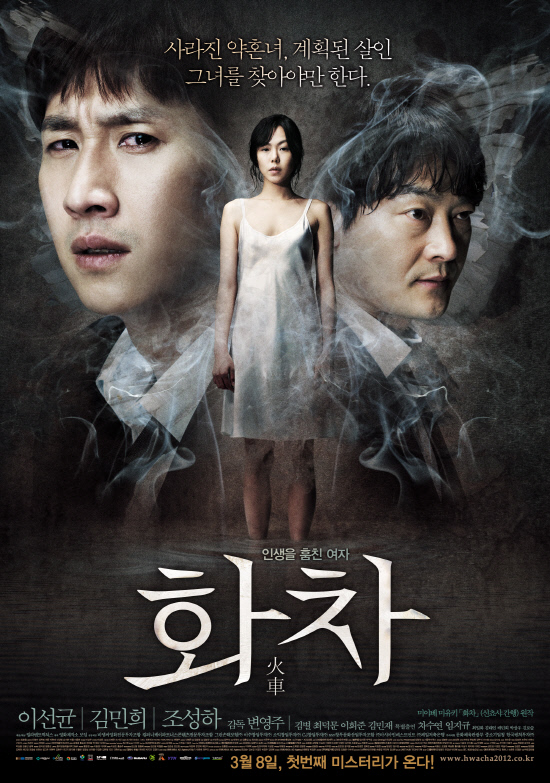 A woman suddenly disappears. Her fiance then sets out to find her and, in the process, uncovers layers of dark hidden secrets.

One month prior to Moon-Ho (Lee Sun-Kyun) and Sun-Young's (Kim Min-Hee) wedding, they take a road trip to Andong. Moon-Ho plans to formally introduce his fiance to his parents. Along the way to Andong, they pull over at a highway rest stop. Moon-Ho goes inside, while Sun-Young waits in the car. When Moon-Ho arrives back at his car, he discovers that his fiance has now completely disappeared. Frantic, Moon-Ho looks all over the rest stop and then files a missing person report with the police. Moon-Ho then drives back to Seoul and goes to Sun-Young's small studio apartment. Inside her apartment, Moon-Ho discovers that her apartment has been completely emptied. Moon-Ho then receives a phone call.

The phone call is from a friend that explains that he called Sun-Young and asked about bankruptcy filing from her past. While he asked her about the bankruptcy, Sun-Young abruptly hung up the phone and has not answered her phone. Moon-Ho then goes to the legal office where Sun-Young filed the bankruptcy papers. He looks through her documents and spots a photo of the woman that filed the bankruptcy paper and it is not the Sun-Young that he knows. Moon-Ho is absolutely shocked and confused. Moon-Ho then looks up Sun-Young's work application and goes through her work references. He contacts the companies listed as her prior employers and discovers that she has never worked for those companies. Now with nowhere to turn and unable to get the police's help, because he doesn't even know who she really is, Moon-Ho turns to his cousin Jong-Geun (Jo Sung-Ha) for help. Jong-Geun is a former cop who lost his job due to taking bribes. Moon-Ho now pleads with his cousin to help him locate his fiance and find out who she really is ... Mayunosatoyama Nov 07 2016 5:44 am I love LSK in this movie, even Hit drama pasta can't make me fall in love And I love kim min hee too,i hope she can back to industry's soon

Bess Jan 28 2014 2:00 pm After watching PASTA, all 20 episodes in 3 nights, I have tried to find a copy of Helpless with English subtitles. Impossible to find the film as a rental. Love Lee Sun-Kyun in the role of chef.

Jumbo Jun 29 2012 4:46 pm A very good mystery. I haven't read the novel yet so I'm not sure if it's a good adaption but this movie had me hooked the whole time. I was as frustrated as the main lead throughout the movie. Recommended.

Ki Mar 03 2012 9:10 am Had the opportunity to watch mystery/suspense thriller HELPLESS starring Lee Sun-Gyun, Kim Min-Hee & Jo Sung-Ha. Movie is highly impressive! Unlike fellow movie HOWLING (also based on a Japanese novel), HELPLESS starts out dark and stays that way until the final scene. There's a whole lot of mystery & suspense as Lee Sun-Gyun's fiance disappears and he works to uncover the mystery behind her disappearance. It turns out everything he knew about her where lies. Put this one down on your to see list. Movie is highly recommended!