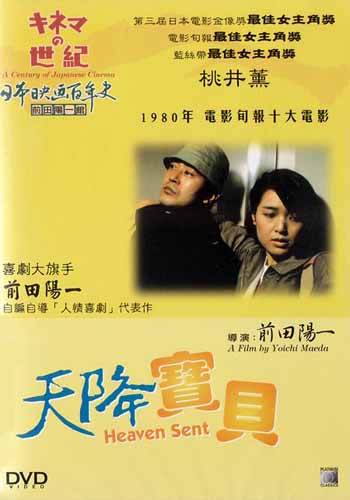 Sayoko (Kaori Momoi) is desperate to bear a child of her own, but her live-in boyfriend Shinsaku (Tsunehiko Watase) strenuously objects to the idea. One day, someone leaves behind a six-year-old child at their door, claiming that Shinsaku is the father of the the child! It turns out that a night-lady has left the child with her neighbours and ran away to South America with another man. She wrote in a letter saying that apart from Shinsaku, four other men could possibly be the father of the child. Then Sayoko and Shinsaku set out on a journey to find the real father to the child. On the way, Sayoko recalls lost memories of her late mother, which turns the journey into a search for her own childhood