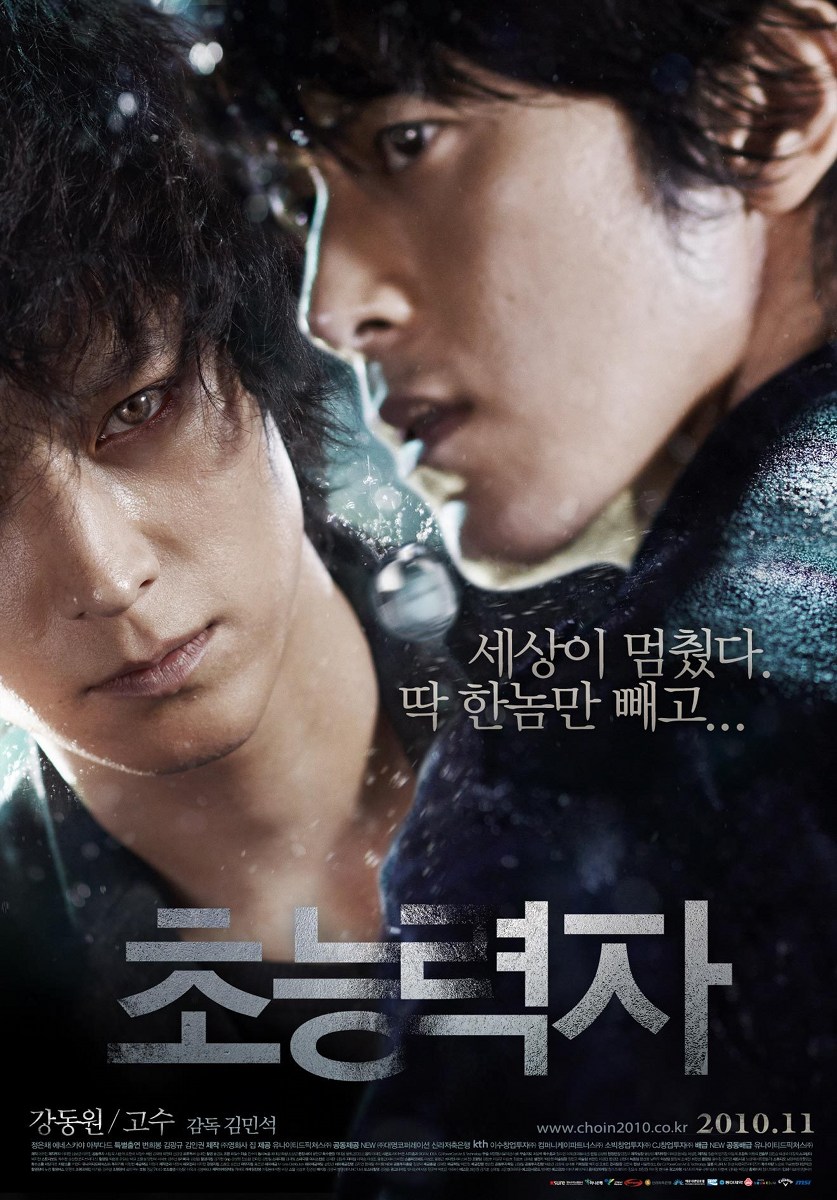 After losing his job at a scrap metal yard, Kyu-Nam (Ko Su) finds a new job at a small pawn shop named Utopia. He is immediately drawn to the family atmosphere at Utopia, working with his new boss Jung-Sik (Byeon Hie-Bong) and boss's daughter Young-Sook (Jung Eun-Chae). Unfortunately for Kyu-Nam, his moment of happiness will only be fleeting.

Cho-In (Gang Dong-Won) lived through a brutal childhood. He has had to use a prosthetic leg since an early age, grew up with an abusive father and lived with a mother who at one point attempted to kill her own son out of despair. Cho-In also possesses an awe-inspiring supernatural gift. Cho-In can control other people's minds when they are within his field of sight.

One fateful day, Cho-In walks into the Utopia pawn shop to steal whatever money exists in the safe. Not expecting much resistance, Cho-In is surprised to find one man at the Utopia pawn shop is able to break free from his mind control abilities. That man is Kyu-Nam. Cho-In then resorts to killing the owner of pawn shop to make his escape. All of this is captured on CCTV.

An epic battle will soon occur between these two people with supernatural abilities and nothing to lose. Sakura Jul 08 2019 10:01 pm The child Cho-In looks just like Gang Dong Won, adult Cho-In. If you like supernatural and/or horror... Then this film is great for you. But if you like no unrealistic elements to movies besides time lapse then call it quits round 30mins...thank me later. This would have been a great psychological thriller though minus the plot.

ARMY Oct 22 2017 10:50 am There's only one word to describe about this movie. AMAZING. Please watch this movie if you haven't then you'll know what I mean.

Migthy Thor Aug 04 2016 3:21 am two thumbs up for this movie! the literal meaning of nine lives is actually his power! This is some kind of a hero action-thrilling-mystery movie. Very entertaining too! Gang Dong-Won and Ko Soo were brilliant in their performance (',)

jungle_fish May 23 2015 9:27 pm @eulaliee and sofi, I think it simply, the doll was so huge among the replica of the building, I thought that it means he wants to posses the world but in the end the doll was dropped as so with him finally defeated. Well I was so scared by kang dong won in this movie, the character was so evil

Sofi Jun 15 2013 11:17 pm @Eulaliee I believe that the wooden doll represented his "dream" self/life. I mean in a way that he had a dull and dark life and he could only see himself being happy in that wooden doll (that's how he wanted to be, like that doll happy); this is why he was so connected to the doll. at the end we see that that the way he is positioned when he dies is the same as the wooden doll, I guess that meant that he finally ended the cruel life and reached his dream self/life.

Eulaliee Apr 23 2013 11:39 am I love this movie but there's one thing that I'm still trying to figure out. I've seen this movie about five to six times already and still, I can't find what the significance of the doll meant. The doll with the red jacket that Cho-In paints and leaves in his display of giant buildings and small cars in that action figure city of his in the hotel room. At the very end when the doll appears between Manager Lim's legs and then the camera scrolls up to Cho-In's body, which was lying in the same position that the doll was too.

What does it mea? Anybody knows? I'm guessing it meant that he wanted to be a hero, right?

Loan Jan 16 2012 8:54 am It reminds me of the movie, Unbreakable. This movie itself is unique and different. 고수씨's character has too many lives, yet he ultimately made into something incredible. I recommend this!!! Check it out!!!

camellia Aug 02 2011 12:37 am yeahhhh kang dong won's movie. great!!! I recommend to everybody.I like his every character who he played. thanks for movie:)

snow_flower Jan 02 2011 4:01 pm I need to watch this! Can anyone help me to find engsubs?! Omg Enes Kaya a turk will play here with one of the best actor Korea's Kang Dong-Won.

JohieLexusMini Mar 26 2010 10:34 am Can wait to C this too! :) my favorite Koo-Soo, I didn't not know he have a other movie or drama coming out this year! I watched " Will It Snow For Christmas"