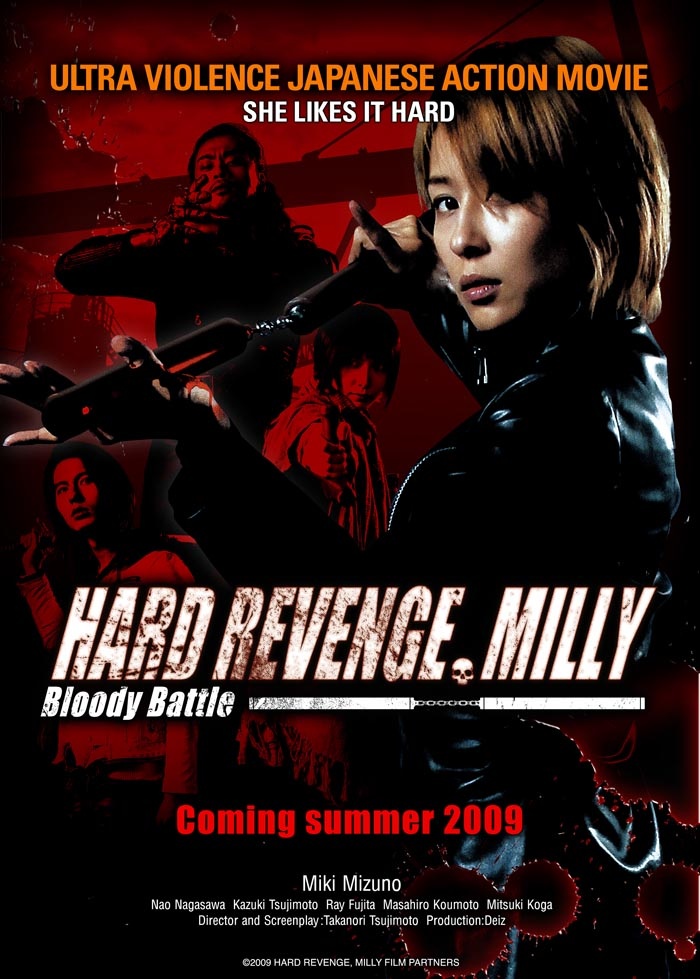 The story starts in the devastated rogue city of Yokohama, surrounded by rubble. After Milly killed Jack, the main villain from the first movie, and finally satisfied her thirst for revenge for the deaths of her husband and child, she seems to be on safe ground for the moment. But just as she starts to relax, she is targeted by strange guys. They are here to avenge Jack's death.

In the meantime, a singularly beautiful girl, Hal, comes and asks for her help getting revenge for her boyfriend. Milly turns and says "If you love him so much, do it yourself," but Hal is even willing to pay a reasonable price for Milly's help. But, Milly knows well how Hal feels in the depths of her sol, and so they go into intensive training.

In the meantime, the new enemy, Ikki, and his brother, Huma, show up along with their followers. Milly, with an arm-shotgun, nunchakus, and lots of weapons, blwos up the punks and seems totake over the battle when she finally knocks out Huma. However, steel-armed Ikki inflicts a severe injury on Milly that leaves her barely alive.