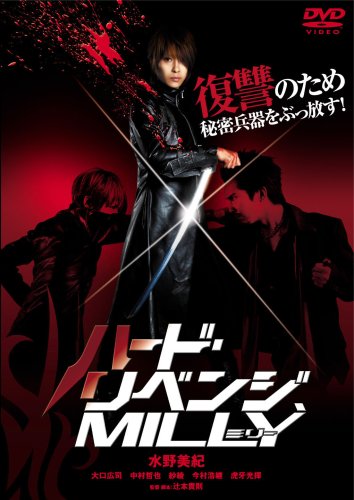 In 20XX, according to deterioration of the peace, Yokohama City became most violent city in Asia. Especially, northern town Aoba that the desertification proceeded and the population decreased got a den of vice. MILLY's husband and daughter was massacred in front of her by 4 guys-"Jack Brothers". She survived the fatally injured, and swore to revenge. She requested swordsmith Juubee to repair her custom sword. “I never take part in murder”, at first he refused her request but when he saw her completely changed body and knew her enemies, he changed his mind. “Sword is living. Grind after every battle.” She goes to derelict plant that Jack Brothers hang around for revenge. Hell’s gate was opened.