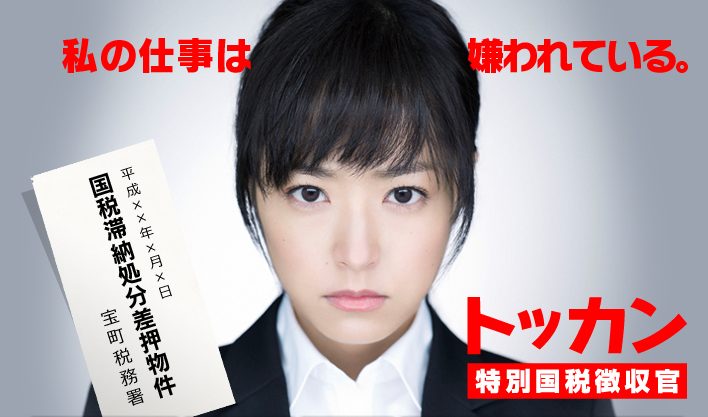 Miki Suzumiya (Mao Inoue) begins work as a tax collector at the Tokyo National Tax Service. Miki Suzumiya wanted to become a public officer because she thinks it will be a stable job. She soon finds herself very busy collecting from delinquent taxpayers.

Miki Suzumiya goes to the home of Minagawa, because he hasn't payed taxes for the past 6 moths. Miki faces strong resistance from Minagawa and his wife Mariko (Hitomi Sato). When Miki can no longer stay and is about to leave,her colleague Yuko Nabeshima (Sawa Suzuki) and a strange man appear. The strange man is Masachika Kagami (Yukiya Kitamura), a special tax collector designated by the National Tax Service and called a Totkan. He mercilessly enforces execution of the attachment. Miki's boss Chojuro Kaneko (Tetsuhiro Ikeda) later tells Miki to follow Masachika and she does so reluctantly.