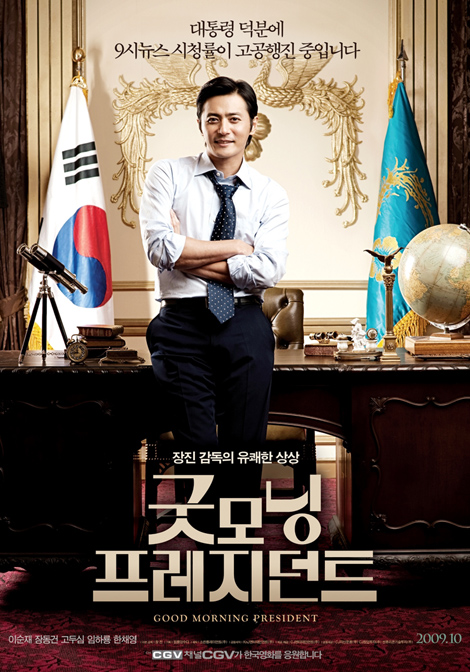 "Good Morning President" depicts the world of Korean politics with a humorous tone.

Ji-wook Cha (Jang Dong-Kun) is the President of South Korea. He has been in love with Lee-yeon (Han Chae-Young) since his early childhood days and now finds out from his staff that she will become a spokesperson for the opposition party. Lee-yeon's father is also the Ex-President of South Korea, Jeong-ho Kim (Lee Sun-Jae), who six months prior to stepping down as the President won the national lottery ... Nallali Dec 30 2012 12:32 pm loved this movie so much, i didn't even know JDG back then,if anything i watched it for LSJ harabeoji, but thats just how awesome it is!