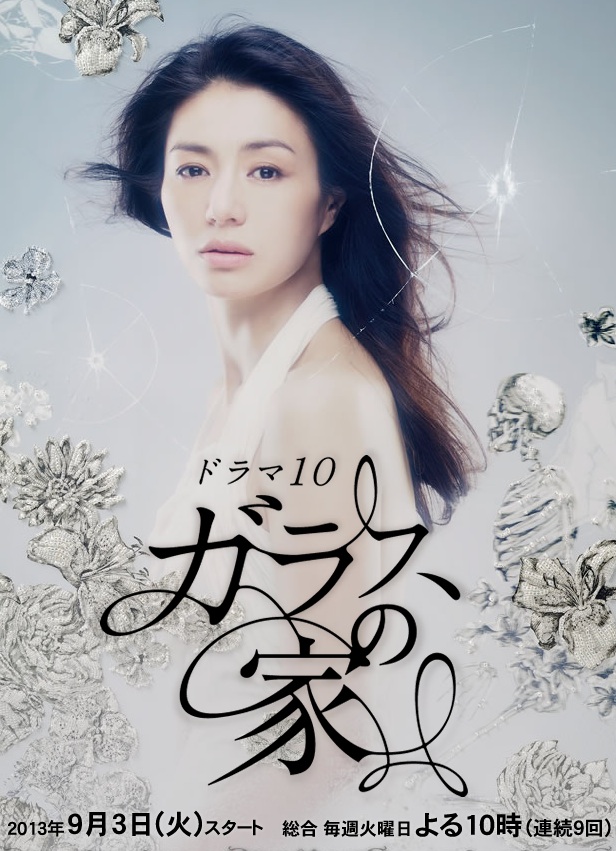 When Rei Tamaki (Haruka Igawa) was a child, her parents died in an airplane accident in France. She grew up in a difficult environment and money was always hard to come by.

Now in her 30's, Rei visits the accident site where her parents died. There, she meets Kazunari Shibusawa (Takahiro Fujimoto) who lost his wife in the same accident. Kazunari is the budget director for the Ministry of Finance.

Rei falls in love with Kazunari and marries him.

Kazunari has two sons who are now adults. His first son Hitoshi (Takumi Saito) follows in his father's path. Hitoshi works in the Ministry of Finance. His second son Kenji (Kento Nagayama) graduated from law school and is now preparing for the bar exam.

Because of Rei, who tries to get close to Hitoshi and Kenji, and her beautiful appearance, the Shibusawa family begins have friction.

Hitoshi is attracted to Rei. Rei begins to realize that what she wants from Kazunari is not love, but her late father's shadow.

Afenie123456 May 25 2017 2:38 pm The most horrible story ever. I'm sick of stories that justifies woman cheating and calls it romantic. If a man was doing any of those thing he would be called a bastard.

She cheats on the husband she loved whit is son. She's even caught cheating during a business seminar of her husband in front of all is work friend. Then the son cuts is bond whit is father and never graduates( he loves is dad but he doesnt want to separate from her ). And they still call it romantic...the man's life was destroyed familly and profession!!

blah__ Jun 28 2016 9:32 am usually characters like Hitoshi attracts me the most in dramas but the one that kept me watching this drama until the end was Rei. i truly feel sorry for Rei, she's a strong women but her life was so miserable. she deserves to be loved and happy. i really like the way this drama was scripted, some parts are still a little predictable but very interesting overall. and Ken is also a very cute character. ^^

@s below: why did you have to be that mean? did you even watch or pay any attention to the drama? i'm sure not everything they did was right but no one deserves to be killed in this drama.

kitkat May 25 2014 5:23 am rei deserves to be with hitoshi..you could tell that they truly love each other..and they're not blood-related so it's completely fine, beside..kazunari never even loved her..he's just controlling her for god sake