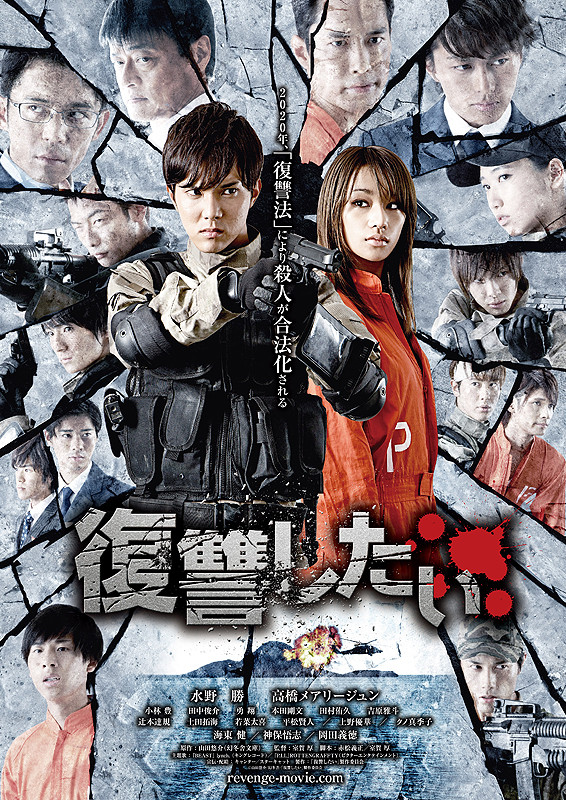 Yasuyuki is a middle school teacher. He is opposed to “Fukushu Ho,” but he changes his mind after his wife is murdered. Yasuyuki decides to take revenge on the murderer who killed his wife. According to “Fukushu Ho,” Yasuyuki travels to an island which has been designated as the get my revenge location.

At the same time, members of a radical environment protection group, who committed terroristic acts indiscriminately, are at the same island. Family members who lost loved ones in the terroristic acts arrive on the island to exact revenge. The victims' families have 18 hours to take revenge. Weapons, food and GPS are given to the families and the locations of the criminals. If the revenge acts are not carried out within 18 hours, the criminals are released.