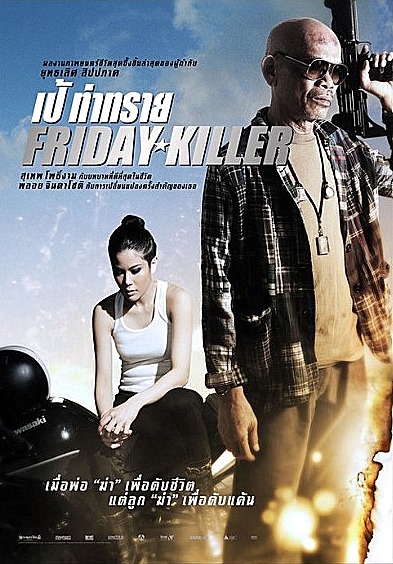 Friday Killer is the story of Pae Uzi aka The Eagle of Chantaburi, a professional hit-man who was just been set free from prison. After his release, he learns for the first time he has a daughter “Dao”. The tables are turned on Ape when his daughter tries to kill him, because she thinks he killed the only father that she ever knew.-- PiFan