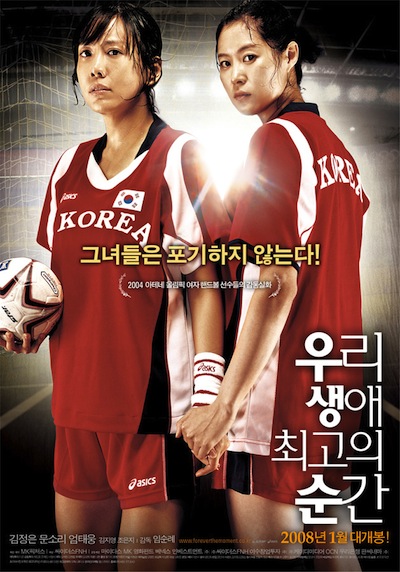 Once a professional Korean handball player, Mi-Sook (Moon So-Ri) is now working in a grocery store after her team disbanded. Hae-Kyung (Kim Jung-Eun), now a coach for a handball team in Japan, returns to Korea to become the replacement coach for Korea’s national team. In order to improve the team she asks her former teammates, including Mi-Sook, to join the national team and regain their past glory.

Hae-Kyung has her team training hard, but the younger player’s don’t adapt well to her old school style. Dissension becomes so strong that players become involved in physical confrontations. Because of this, Hae-Kyung is asked to step down as the coach and new coach Seung-Pil (Uhm Tae-Woong) takes her place. With encouragement from Mi-Sook, Hae-Kyung now swallows her pride and rejoins the team as a player.

Seung-Pil used to be a famous handball player, but is now adapting to the role of a coach. He implements a more scientific program and European style training program that faces more resistance from the players. The team’s ability to compete in the Olympics becomes more distant with each passing day.