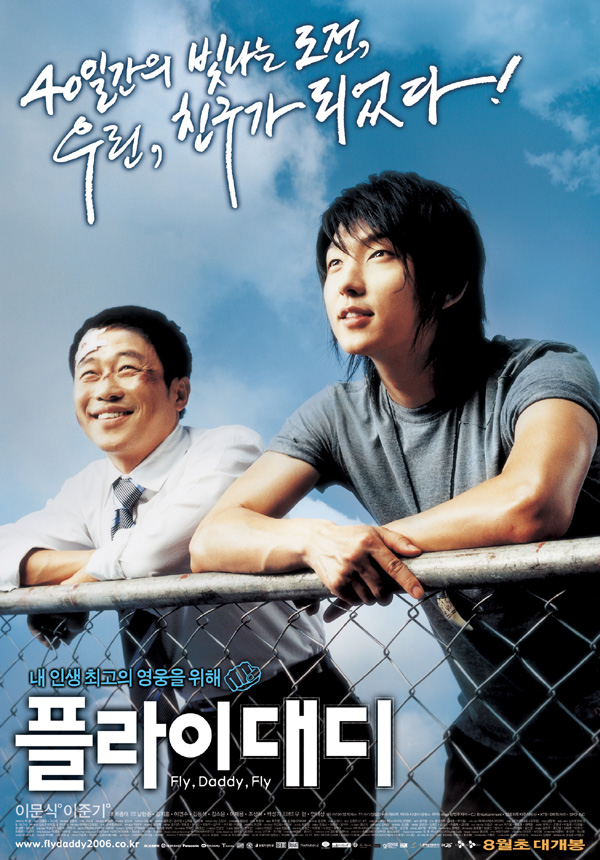 Jang Ga-Pil (Lee Moon-Sik) is an ordinary middle-aged father, who works as a salaryman. One day, he returns home to learn that he his teenage daughter was assaulted by a group of guys at a karaoke bar. The group of thugs is led by box star Kang Tae-Wook, whose father is a powerful congressman. Jang Ga-Pil has little hope of gaining justice due to his modest background. He then concocts a plan to stab the young box star on his way to school. Quynh JGstan Dec 12 2017 5:09 am [SPOILER ALERT] The movie was funny and gave me a good laugh but the ending didn't satisfy me. The 'dad' was beaten so freaking much before he could get his revenge and that was such a weak revenge.

eliangel Nov 05 2016 11:10 pm oh this movie make cryyyy, thats what a good father should do. JOON GI oppa u r sooooo handsome here, love all ur work. thanks

Thakshila Rathnasiri Sep 19 2016 11:37 am It's a great movie.It shows once strength and gives a good message.And once again I have to say our forever hero Lee Joon Gi's acting was so great,proud of you 'Hero'.....and also the other members you all did a good job...

Georgia Peach Jun 08 2015 8:45 pm Such a feel good movie. Lee Jung Ki never fails to deliver a believable performance even for 2006! The other cast members are very good also. A movie that is well worth the watch.

all the casts did very well~♥ it's just sad coz we can hardly find teens like Go Seung Suk and his pals nowadays...:(