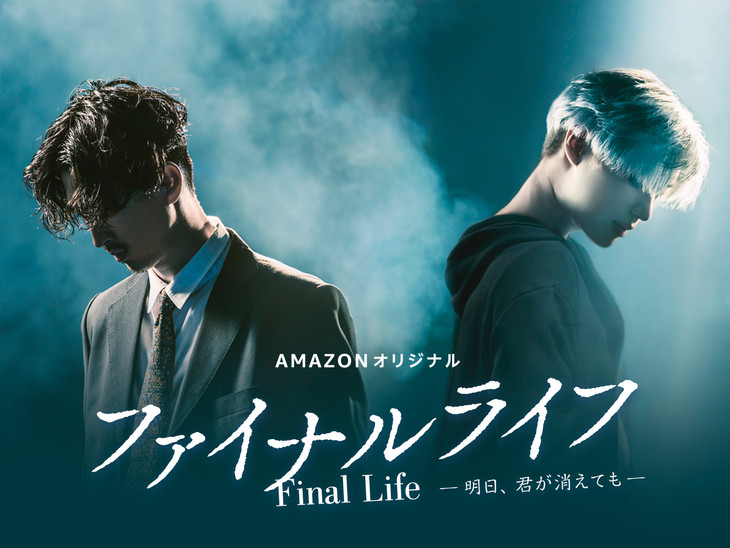 Ryo Kawakubo (Shota Matsuda) is a detective on a special team. When he was a child, he lived through a difficult time. He lived in poverty and his mother's negligence led to his younger sibling's death. His mother went missing and he has been looking for her.

Song Shi-On (Tae Min) is a smart guy. He graduated from a top medical school in the United States. He happily spends time with his girlfriend, but an experiment on his brain causes him to lose his memory.

Ryo Kawakubo and Song Shi-On have nothing in common, but work together on a special team formed by a secret organization of police officers. They try to solve difficult cases.

Kat Mar 26 2020 7:04 pm Okay, I love Taemin, which is the only reason I watched this whole series... im not even going to talk about the ending because everyone else is. There are so many other faults in this show though.

1. I Get It!!! Ryo had a tragic backstory!!! I did not need to see it 500x! Seriously, the time they used showing those scenes over and over again would have been much better used doing something else!

2. I’m all for suspension of disbelief in a show like this. I’ll let some things slide, really. Not all shows need to be 100% believable, but the amount of times I laughed during a serious scene because what they were saying was just SO ridiculous is insane. If they had talked to just one doctor in the process of writing this, sooo much of this could have been made at least reasonably believable! You shouldn’t be writing things like this without consulting people that actually know science or crime scene investigation... (I mean Taemin literally got shot in the head and the was just fine?!? Just have him get shot in the stomach, be in critical condition then make a recovery...)

3. The pacing of the show was waaaaay off. I don’t know how many times I found myself scrolling through my phone during an extended scene that should have taken 30 seconds. And as much as I loved all the Taemin mood lighting scenes, was there nothing else that could have been happening in the show with that time? Meanwhile, it takes the team like 1 minute to solve any crime. Why not make them struggle a bit more to add interest??

Ugh! There’s so much more, but these were my major problems. It sucks because this show had a chance to be great, but it just isn’t.

P.S. Can we get Taemin in more dramas, pleeeaaase??

CobaltLightning Mar 15 2020 3:00 pm The constant light flares, hi-contrast colours and over-exposure annoyed me throughout this drama. However, only the bad scriptwriting managed to top the chaos.

Mahsa Jun 24 2019 9:50 am Among below comments, I like Ro's, Yommuma's and HutaM's the most. I laughed a lot and I am agree with every sentence. I have nothing to add really. I like Taemin a lot but this drama quit disappointed me. I was kind of sad till I found these comments :)

Taeminnie biggest fans Feb 20 2019 8:42 am Yes I’m a big fans of my baby Lee Taemin and finally I watched it hahaha I should’ve watched it earlier but I was not ready that time. AND now I really think that i need him in another drama. I really need it please hahahahahhaa I’m just so desperate to see my baby again in drama

HutaM Jan 01 2019 7:21 am I wasted approximate 6hrs of my life. I expected too much symbolism, trying to make meaning of the ending but all I got was nothing. The whole plot was pointless as if writing a story and forgot how you started so you gotta just write whatever to end the show.

Yomumma Oct 21 2018 9:01 am Biggest pile of sh*t I’ve ever had the stamina to sit through, and I’ve seen pretty much everything. How this has 95/100 from 288 votes at time of writing I will never know. The premise of the story itself was ridiculous from the start, the traitor made no sense as they at one point prevented the death of Minjoon, the completely meaningless flashbacks to Ryo’s childhood, dead brother, and his relationship to his mother as a time filler, interspersed with plenty of recaps, slo mo, random kpop ‘emotion’ scenes, a dripping wet sap of a female lead, and inexplicable unnecessary roundabout delivery of Kana to see Minjoon results in a CIA car chase as Ryo drives three times the distance required to unite them. Folloed by her running around for a while as she doesn’t look for Minjoon properly and Ryo decides a solo shoot out against the CIA is a good idea?

Sloppiest mess ever. Avoid this and watch something with Oguri Shin instead, at least his stuff is marginally more plausible and consistent.

Ro Apr 26 2018 1:39 am Ok, the ending though? Like, I know it came put a while ago but I just watched the show and I just finished the last episode and I'm generally ticked off. They left off with Minjoon walking and Ryo laying there dying and Kana crying and you don't even know if either of the male characters are dead, cause if they saved Minjoon when he was shot in the head im sure they could save Ryo right? Plus, we never saw if Minjoon died or not, we thought he did but then he got up and walked towards the camera so what was that? I really hope there will be another season because I will be salty if there isn't, I also hope that if there isn't another season then it was just a prank and they aren't actually going go end it that way? Anyways, I'm done venting now.

Rhonald Mar 29 2018 4:17 pm WTF? I'm very disappointed with the ending, OMG! :( I'm not expecting a happy ever after but the ending was inconclusive... Sorry but NOt NOt NOt

Sarah Jan 05 2018 8:41 pm So, what was the ending exactly ????? Guys they must be kidding right , like there is another season or something? but what for there nothing to continue so there is no other season but what was that??? No!! there is an ending episode but there was no ending ??? Please can someone explain to me what was that ? im going crazy!

Diana Dec 27 2017 5:58 am Shota Matsuda is such a quality actor for thrillers, love him. Taemin is so good at acting, I am amazed he didn't have big projects before. He really brings charm to this series and his visuals are ethereal. Playing two different characters and in many languages, hitting every emotional note, nailing those action scenes and soft romance, I hope he acts more. Hoping for another great project from them.

Mousona Sep 13 2017 1:59 am Taemin did a good job as a lead actor. Being a main stream KPOP idol, (this is Taemin's debut as a lead character) he is actually a pretty awesome actor.