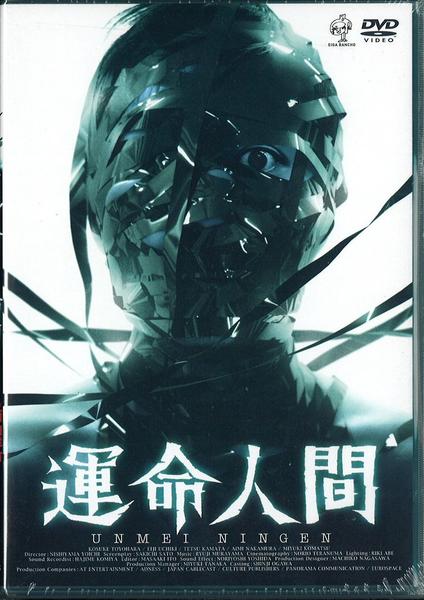 Tamiya、a pet detective, is on a case to find a missing cat. In addition to the investigation, he uses the opportunity to further his research on the promiscuous behavior among cats. One day, he meets a strange man that tells him play a certain lucky machine in a pachinko parlor. The advice pays off as Tamiya hits a huge jackpot, but as he turns to the strange man to see him less than thrilled. What follows is a series of terrible events that happen to Tamiya without any explainable reason.

The following day, Tamiya is hired to find a missing cat from a beautiful lady, Nozomi. To his surprise, he learns that this woman coincidentally is the wife of the strange man, Mr. Mori, he met yesterday at the Pachinko parlor. To help find her cat named Lucky, Mrs. Mori gives Tamiya a photograph of the kitten. The strange thing however is that the animal in the picture doesn’t look like a cat.

He begins his search immediately, but the cat is nowhere to be found. After three days he returns to the Mori house. There Mr. Mori uses his foreseeing abilities to make the prediction that Tamiya will never find the cat. Moreover, Mr. Mori makes the unreasonable prediction that Tamiya will sleep with his wife. Nozomi, who believes in her husband’s foresight abilities, follows Tamiya persistently.

Tamiya, fearing the prophecy, runs away from Nozomi, but begins receiving strange faxes and videos. The videos show the fate of Tamiya, showing images of an ominous future. Does some ill fate await Tamiya? Is Mr. Mori a true modern day Nostradamus or just a psychotic lunatic?

To escape Mr. Mori’s prediction, Tamiya had to make a wholehearted reconciliation to his long time friend, Anzai. Tamiya marries Anzai’s sister, Etsuko, who is handicapped, to have his debt erased. Tamiya believes he’ll be able to prove Mori’s predictions false. But Mori gets wind of Tamiya’s plan, and tell that Tamiya will kill Anzai’s sister because she’ll cheat on him.

The marriage temporarily diverts their trouble, but shortly after their honeymoon, Tamiya doubts Etsuko is having an affair with her doctor, Dr. Kasahara. While the doctor refuses to have an affair, Tamiya grows suspicious of Etsuko. Blinded with jealousy, Tamiya begins to believe that Etsuko and Anzai have a relationship deeper than that of brother and sister.

Enraged with jealousy, Tamiya pulls a gun on Anzai and Etsuko. The two wrestle over the gun in a climatic scene. Can Tamiya escape Mori’s evil predictions? Who knows what kind of world Tamiya is stepping into?