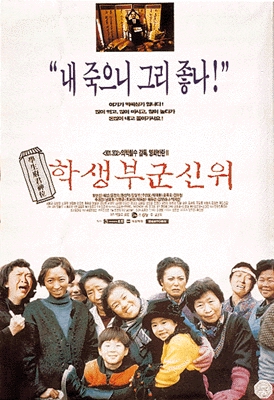 When old Mr. Park dies, his first son Chan-Wu, a film director, and his troublesome daughter Mi-Seon hurriedly come back to their rural hometown, and third son Chan-Se comes back to Korea from America. As the quiet country village gets busy preparing funeral, the house in mourning becomes a meeting place where villagers gather to ask how they are getting along and meet old friends. The children mourn their father's death and above all Mi-Seon, who caused her parents a lot of grief, can't stop crying. Chan-Wu, the chief mourner, has a revelation about his career, and Chan-Se prepares to sing hymns for the Confucian funeral service. Old Man Park's sister sells insurance products and gradually the funeral service becomes for the living rather then the dead.