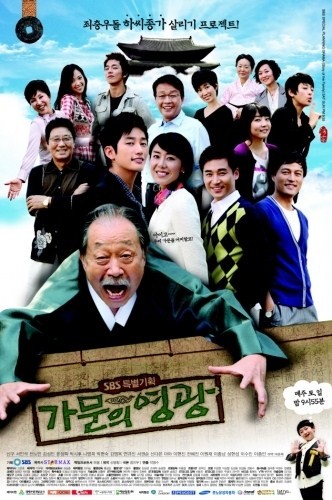 Dan-ah is participating in a seminar in Jeju island. Meanwhile, there’s something happening at a motel in the outskirts of Seoul.Tae-young is caught cheating with another woman by his wife at the motel and as he leaves the place he sees his sister-in-law come out of the same motel with another man. After that incident, his brother Soo-young begins seeing Jin-ah, and he meets Mal-soon.President Ha Seok-ho is widowed and he finds out that his girlfriend, Lee Young-in, is pregnant. Then his father suddenly passes away.Lee Cheon-gab and his son Lee Kang-seok hear about the death of Chairman Ha Man-ki and they think it would be a good idea to attend the funeral as a way to establish themselves in high society and break away from their “nouveau riche” status. So they attend the funeral. Dan-ah meets Lee Kang-seok once again. During the funeral, Dan-ah has to handle the disturbing news that her father’s girlfriend is pregnant and that her brother’s wife is having an affair while grieving for her grandfather. After the funeral is over, the wives of her two brothers ask for a divorce and leave them. Now Dan-ah is the only lady in the household and is in charge of preparing the ancestral rites. Hyun-gyu tries to help Dan-ah during these difficult times. Meanwhile, Lee Kang-seok is a thorn in her side as he keeps showing up and creating problems for her. Then, she has to grapple with the news that her father wants to marry his girlfriend, Young-in, because she is pregnant. Every member in her family enters new romantic relationships....

Santa Nguyen Sep 30 2018 12:26 am I just found out a few months ago. ( too late but better than never right?) I haven’t addicted to any drama before but this one. Everything about this drama as scriptwriters, dialogue, quotes, tradition, human beings behaviors, OST, all actors, actresses, is so beautiful. Especially, I am really in love with Lee Kang-Suk and Ha Da-Ah ‘s love story. I laugh when they’ re happy, I hurt when they’re sad, cry... Park Shi Hoo and Yung Young Hee did spectacular work!( in my opinion) Thank you all for making a wonderful drama . I just keep watching this drama again , again and again , what can I do now??????????

dido Jan 27 2017 5:04 pm great story..one of those great family dramas i've watched so far..great casting castings..i was so touched and carried away..geniously well done..its complete..the love story was superb!two thumbs up to all..

Kim Nov 05 2016 9:18 pm This drama is beautifully scripted. The actors are excellent. I laugh, cry, and joy with every character. Grandpa has great wisdom. It's a must see drama. RIP Kim Seong-Min

Pammo Jul 17 2016 11:10 pm Very enjoyable 50+ episode drama. I am amazed that this drama isn't in the top 100 of most lists. It was educational and atypical of most "canned" dramas. The romance, the teasing, the family interactions and real life enactment of so many situations that could easily occur in any family was the plus for this drama. Park Si Hoo was the star of this drama and but for his exceptional acting this drama would have fallen flat after about 30 episodes. I am watching this drama again -- it is really good and worth the viewers time.

AsianDramaPearls May 28 2016 3:19 am The plot description above sounds a little too long and convoluted to me and giving the wrong impression. I have never submitted a review before I was finished with a drama, but I feel I must with this one. The reason I decided to watch this is because there were so many good reviews and high ratings on other websites (even some 10/10 which is pretty outstanding)--I'm not sure why the overall rating seems a little low on asianwiki. The comments below seem very favorable. I am currently on episode 9 and I just want to say that I am intrigued with this drama so far. Never a slow or boring moment and I can't wait to find out what's going to happen next. Everything seems impossibly "perfect" so far, from the actors and music to the sharp cinematography. As another person commented, I think I might be regretting that it's over when it's time for this drama to end! I'll let you know. Take care.

mimiya Apr 30 2014 5:27 pm Love this show....Although it is a family drama and a comedy, I especially enjoyed the romance b/w Kang-Suk (Park Si-Hoo) and Da-Nah....It is rare in K-dramas to see a romance develop realistically based on the interaction of two personalities (instead of fate or silly opposites attract)....It was great to watch the attraction develop thru the banter, the dry-wit and deadpan humour b/w them....It was intelligent writing and great acting by Park Si-Hoo that made this one of the best romances I enjoyed in K-drama....Also enjoyable to watch was: the grandfather's wisdom, the schoolboy Dong-dong, Tae-young's antics and the Grandmother/aunt w/ her co-worker....For me, some parts, like the older son's romance, dragged and I skipped them, but it did not affect the overall enjoyment.....A truly memorable drama that I will watch again....

Patricia Hayden Jul 01 2013 5:41 am Park Si Hoo was awesome, very very sexy, his face is like a magnet, I couldn't look away. He made my cry 5 different times...The shower scene was not long enough...The 50yearold pregnant lady was a hoot, man she was very pretty. Dan ah was boring and too predictable. Noh Min's character suxed but he did well and looked great. the comic relief provided by Kim sung Min was perfect, the lady cop was too overboard and annoying. Loved the school boy..all in all another very entertaining Korean drama...lots of eye candy and tons of drama..

@Me: It doesn't matter whether it's against a woman or a man - it's wrong either way....

Yun Nov 15 2012 8:37 am Love this drama...I think this is the best drama that exploit Park Shi Hoo acting skill. Love him in this drama best from other drama he acted. I watched PSH other drama also but I fall in love with PSH and his acting skill because of this drama.

Wish this drama can be recognize better...

CiCi Aug 21 2012 8:28 pm I really enjoyed this drama and I like many of the actors and actresses in it. I thought Park Si-Hoo was so funny too. I knew he was extremely talented in serious dramas, but now I see he is just as talented in comic parts as well. He has that magic of when he is on the screen, you can't take your eyes off him and don't want to miss a thing he says or does.

NewKDramaAddict Apr 02 2012 2:55 pm It was a great drama that gave me an opportunity to truly see the Korean family dynamics whether it was traditional or modern. I especially liked the opportunity to see daily life and gave me a better understanding of Korean life. I loved the couples. From the serious to the comical (Soo-Young and Mal Soon were just so funny!)

Gasenadi Feb 21 2012 8:05 pm The supporting cast and the lessons in Korean Culture kept this drama from dragging. The comedy kept me coming back for more (the "cheater" and the policewoman). The two college "stalkers" were so poignant, my reaction surprised me. I took points off for the totally unnecessary slap to bring Dan Ah "back to her senses". Uncalled for.

Tina Oct 11 2010 12:53 pm This drama has a great idea of story... I Really love the story,and scene.Romantic.Funny. Especially for the Actor and Actress (Park Shi-hoo and Yoon Jung-hee).

I really Really Kang Suk and Dan ah together