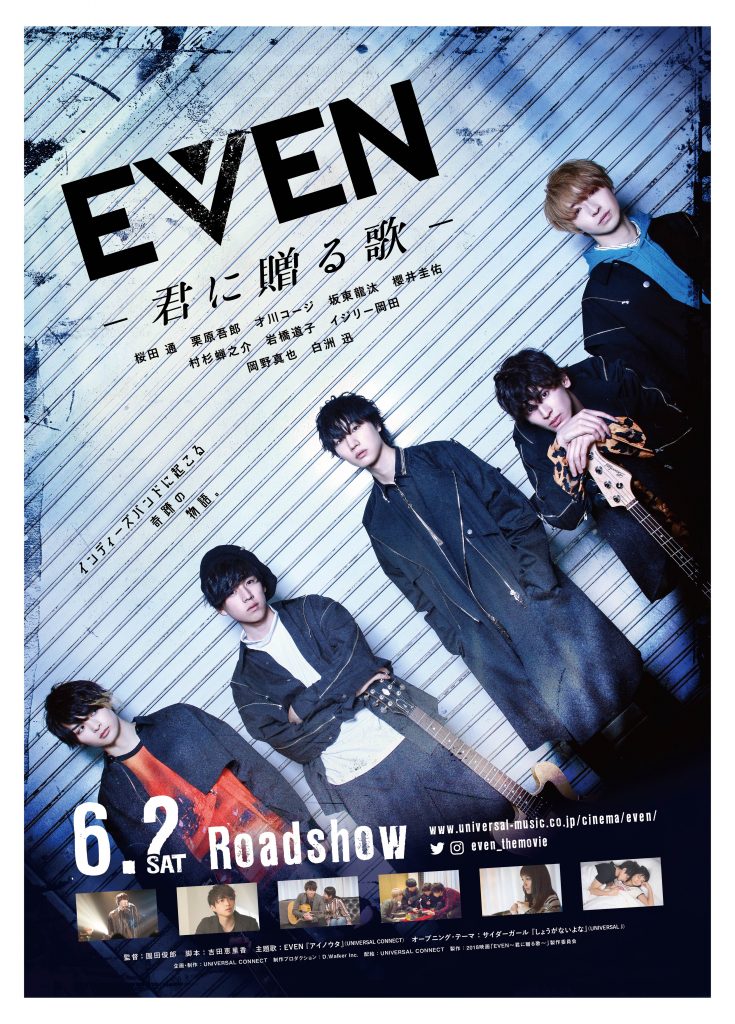 Rin (Jin Shirasu) is a popular singer. He is about to propose to his girlfriend Mami (Maya Okano), but they get into an argument. Rin runs out of the home and, while walking around, he suddenly goes down in the middle of a crosswalk. Takehito (Dori Sakurada) is the vocalist of unpopular indie band "Even" and he happens to see Rin on his hands and knees at the crosswalk. Rin tries to help him get up, but they are involved in a car accident.