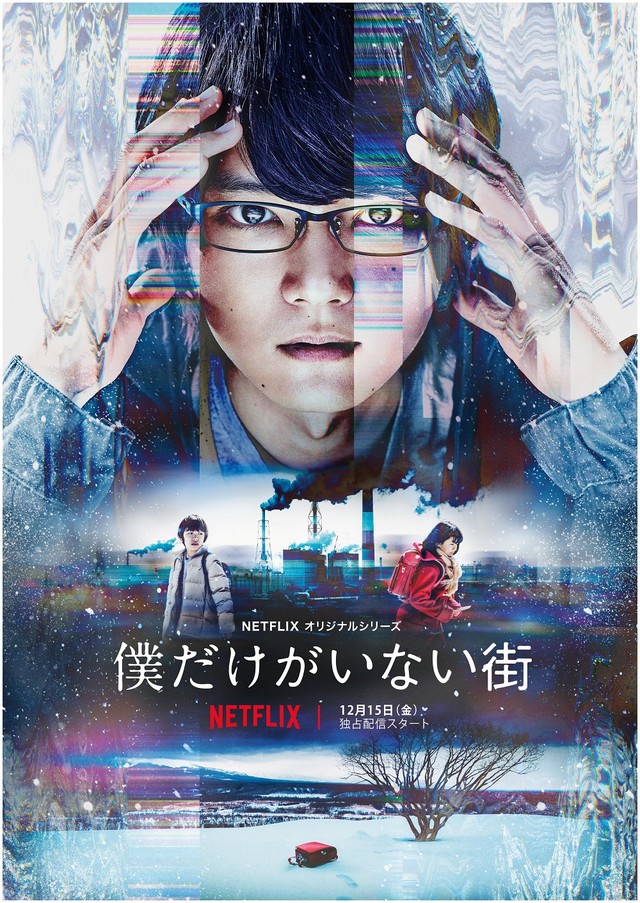 Satoru Fujinuma (Yuki Furukawa) has the special ability of "revival." His special power allows him to travel back in time before terrible incidents occur and right whichever wrong occurred. He travels back in time continually until the incidents are stopped.

aru Sep 19 2019 2:43 am it's a really great drama adaptation. The child actor was really brilliant, especially Reo who played the young Satoru! All the scenes from the manga was displayed on the drama really good! Thank you for all staff that makes the drama !

Hanistar Jan 11 2018 7:07 am Superb performances by all the casts particularly Yuki as the adult Satoru & Reo Uchikawa as young Satoru

ellie Dec 30 2017 11:46 pm OMG..I thought this was brilliant on so many levels. The cast..outstanding. The cinematography perfect..especially those smoke stacks of the 18 years past..and I just appreciate Yuki all the more.

Jseries Addict Dec 24 2017 8:08 am As the one who already read the manga and watched the film, It is much more better than the film adaptation. This series is really following the exact story with the manga and it could gives more details than the manga. I could understand some parts that I don't undertand in manga by watching this series. Also, I think the casting really fit perfectly with each character. I really like this version, every scene gives me thrill even though I know how it ends. It is really recommended for those who read the manga and for those who wants to watch a good psychological and thriller film!

Shiroiwayagi Dec 15 2017 12:46 pm So excited!! Literally thought of erased today while looking for something to watch... found a time travelling drama and i thought I wish erased was a drama!! what a coincidence!