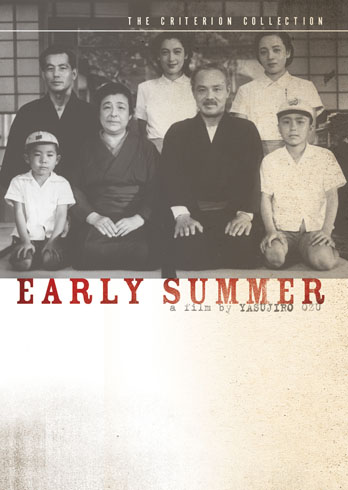 Early Summer is exactly an almost plotless film centering on the marrying off of an "old maid" daughter from a three-generation-family living in Kamakura. When she impulsively agrees to the proposal of a middle-ager widower with a daughter from next door who is actually....

Kana Apr 06 2015 6:23 am "Bakushu", as I'm guessing, is one of three movies of Yasujirô Ozu with the title suggesting some kind of a serie, along with "Banshun" and "Akibiyori". But is there a concrete order to watch those movies? Like watching first Spring, then Summer and as a third Autumn to keep up with the order director wanted us to see? Years those movies was released would also suggest that order, but I don't want to spoil it, if those films has some kind of connection between them. Would be gratefull for some kind of a hint from users who already watched those movies.

Japanese: 小津安二郎 <-----that is the directors name