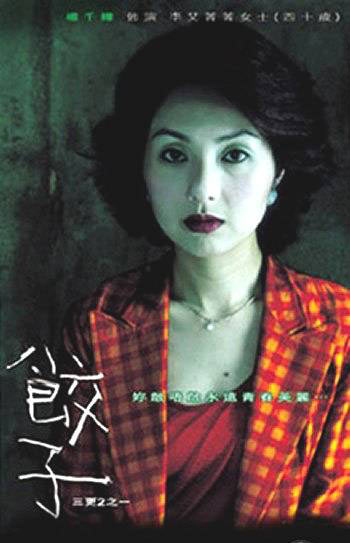 No woman can resist the temptation of potential rejuvenation - for some it's a dreamy blissful chase; for others a never-ending nightmare of endless pursuit. But Qing can afford it all. An ex-starlet turned wife of a prominent rich man, Qing is destined to have this dream come true. Qing uses a lot of connections to get to the mysterious chef, Mei to obtain her famous specialty dumplings. Qing is no gourmet but simply dying to recover her youth and beauty. At stake is her new "career" as a housewife of the rich. Mei's dumplings claim to deliver the goods. Mei, a former gynecologist, developed a secret recipe for rejuvenation which has allowed her to bid farewell to her career as an abortionist. Now Mei only serves desperate rich women like Qing. Mei understands a woman's need and she can fulfill a woman's desire -- all you need is a leap of faith to take a bite into her special dumplings with usual fillings.